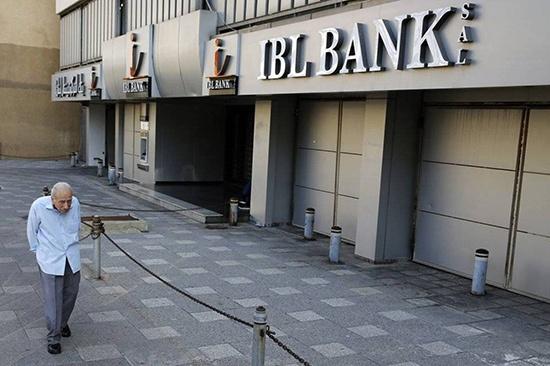 On the salary front, there are several reports of large-scale cuts across the board in many businesses, such as banks, eateries, furniture stores, and hotels, among others.

BEIRUT: Lebanon is entering a recession.

Jal el Dib and Antelias are just two of many suburban neighborhoods of Beirut, but both, with their numerous restaurants, nargillah spots, small boutiques, and nearby shopping malls represent a good economic cross-section of the metropolitan region – albeit tending toward the posh side.

The picture that both towns present is of an economy in decline, not at the doomsday point by any means, but suggesting the further economic problems that lay ahead particularly for small businesses.

It’s Friday night at the Zero 304 restaurant and food and shopping hub in Antelias, and what is most often a burgeoning center of business is nearly empty, the usually popular Tavolina Italian eatery has several couples dining and then one boisterous birthday party of middle schoolers, which adds some life to an otherwise quiet tableau.

The Burger and Co. eatery on one side has closed for business, while the Ono Armenian restaurant on the other side of Tavolina also has just several groups.

The hub, in general, is quite and totally lacking in shoppers and diners, and a number of spaces built for rent and development lay empty.

The Chez Paul has little or no business. It’s 8:30 p.m. on a Friday night, and the entire complex is normally full – or was until starting a few months ago.

Similarly at the Village Gardens on a weekend, only the Sud is open and doing decent business, there’s a half-full house at lunch including a table of news presenters from the nearby MTV; but the rest of the Gardens complex, encompassing a number of restaurants and shops, is closed.

Through the dirty window of one closed business, there are festive holiday decorations arrayed around the bar and on the tables – except they’re from the holiday last year.

On Tuesday, Antelias and Jal el Dib offer a main street vista of forlorn shop keepers sitting in front of their small businesses – hardware stores, toy shops, carpet stores, and such – killing time as there is no one coming in or on the sidewalk window shopping.

In fact, there seems to be no one around at all, and the banks are closed again with the exception of their ATMs.

Speaking with a small French-style bistro off the main street in Jal el Dib, the owner, who asked to remain anonymous, noted for Annahar that she’s looking at her balance sheet and considering whether to close by after the holiday.

Last year at this time, the optimistic eatery was so popular it opened an additional room after the neighboring delicatessen went broke and the space became available.

The bistro put in new flooring, repainted the walls, and built a small bar for the corner. A small Christmas tree adorned the corner.

By summer, the bistro has shut the extra room because of a precipitous drop in business and started cutting back on the amount of food cooked every day to better meet the generally reduced demand.

“I’m giving myself three months at most, it’s a question of the bottom line, we have a group of loyal eaters who have become like family, but overall numbers have dropped,” the owner said. “Meanwhile, providers are leaning on us for cash payment at each delivery, preferably in dollars, or at the Saraf rate in Lira,” she added.

She lived through the Civil War and mournfully noted that there has been back and forth economic problems ever since. As to the current situation, the Bistro owner said this is Lebanon’s worst economic crisis, even during the war years.

“Where are we going (Lebanon) – we don’t know,” she told Annahar.

Stopping at a high-end artisanal bakery in Jal el Dib, the owner said that while business is still steady, he’s considering whether to change some of his ingredients as the boulangerie is unable to import the particular flour it uses.

“I finally arranged a small transfer abroad through my bank, it had to be less than $3,000 according to their requirements, I deposited money in my account, and now that I’m ready to affect the transfer, guess what! The banks are closed!” he said amazed at the bad luck that affected any Lebanese business that’s dependent on imports.

Several pharmacies in the neighborhoods reported to Annahar that there has been a rush in the last two weeks to stock up key pharmaceuticals by customers, which, as a result, has exacerbated potential shortages that were also starting to occur at the provider end as well.

“I ask the provider for 20 boxes of something and they give me 10 instead,” said Ellie who runs a pharmacy in Jal el Dib. “Customers are stocking up on everything, cardiac medications, antibiotics, and antidepressants, you name it,” he added.

The same with a cross-section of home-owners who report that they’re stocking up on everything from extra butane, canned foods, whole-foods, such as lentils, fasoulia, pasta and flour that can last for months if kept dry.

Also where possible, primarily from ATMs, many Lebanese are withdrawing the daily limit, days in a row, converting it to dollars at 20 percent below the state official rate and putting it somewhere theft-proof at their house.

On the salary front, there are several reports of large-scale cuts across the board in many businesses, such as banks, eateries, furniture stores, and hotels, among others.

According to Al Modon, an independent news website, and other sources, the following businesses have cut salaries markedly by up to 50 percent or given workers unpaid leave:

LBCI and OTV channels, as well as the American University of Science and Technology, are working towards deducting 50 percent of their employees’ salaries, while numerous banks are lessening working times and omitting some extra expenses, such as overtime pay and other privileges.

Achour Holding enterprise obliged workers to take unpaid leaves, with hotels such as the Phoenicia Hotel and Golden Tulip Hotel are cutting salaries by 50 percent.

While restaurants including Babel, Captain Seafood, Cello, and Urbanista (Gemmayze) are also reported to be cutting 50 percent.

Pizza Hut is cutting salaries by 50 percent, while Chez Paul is cutting pay by 40 percent.

“My salary used to be $1,000 monthly (in Lira equivalent). Now they cut it in half. This is most unfortunate, as I have a wife, and two children who rely on me,” said a managerial employee at Pizza Hut who requested anonymity.

The Pizza hut staffer added: “I’ve started applying to new jobs, but I don’t know who will take me given the current economic situation.”

Shopping districts from Hamra to the Souks to Jal el Dib and Antelias, are all showing a clear “street indicator” of a troubled retail sector with a number of empty ground floor spaces bearing “For Rent Signs,” where formerly there were flourishing boutiques and other retail businesses.

Additionally, the well-known broadcaster Future TV let go of all staff in September and effectively closed, only airing reruns currently.

Layoffs are expected to continue as Annahar’s discussion with food shop and boutique owners reveal a near-total lack of business.

A factor for many businesses in the metropolitan area has been the high rent necessary to run an enterprise, particularly in such places.

Between high rents, low sales, and problems with importing inventory, businesses have faced the previously unthinkable decision to close their doors for good.

As the holidays approach, Annahar is not expecting a jolly, gift-giving season for Lebanon based on preliminary interviews.

Starting next week, a number of correspondents will be covering shopping activity at the malls, speaking with businesses and shoppers.

As of this writing, Lebanon’s banks officially opened Tuesday, Oct. 19, with police protection at the door after a number of instances in previous weeks where there were problems at the banks.