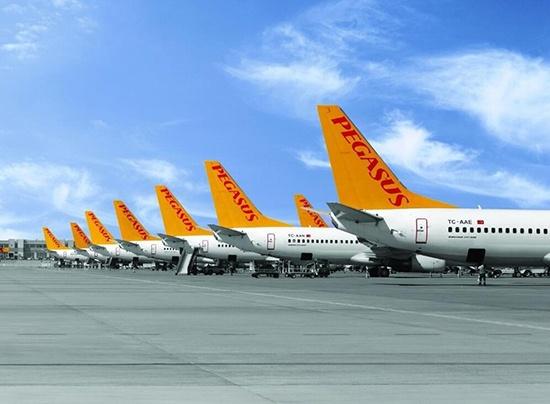 Pegasus Airlines, Turkey’s leading low-budget carrier, has reported that it served a total of 25.1 million passengers in January-October.

In the same period of 2018, the airline carried 25.6 million passengers.

In a filing with Borsa Istanbul, Pegasus said the number of domestic passengers plunged around 14 percent on an annual basis to 13 million in the first 10 months of 2019.

Its international passenger tally, however, surged 17 percent in January-October from a year ago to hit 11.6 million.

In October alone, Pegasus carried a total of 2.65 million air travelers, a 5.3 percent increase on an annual basis.

Pegasus flies to more than 100 destinations in over 40 countries.

In the first nine months of 2019, the carrier’s market share in domestic market was 30.6 percent, down from 31.2 percent a year ago.

As of Nov.4, Pegasus had a total of 83 aircraft in its fleet.

The company says it has the youngest fleet in Turkey with an average of 5.33 years.

In January-September this year, the carrier’s revenues jumped 16 percent on an annual basis to 1.34 billion euros while its nine-month net income jumped 37 percent to 199 million euros.

It carried 11.7 million international passengers in 2018, up 12 percent from the previous year.