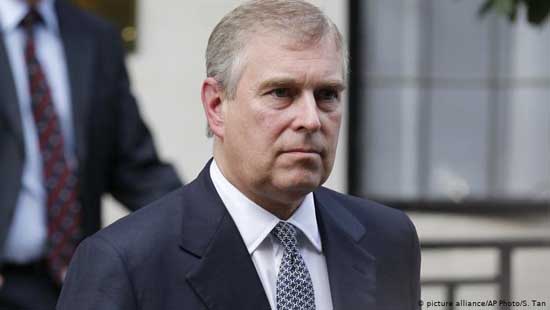 The announcement comes as the fallout over his friendship with convicted sex offender Jeffrey Epstein continues. The Queen has given her consent for the duke to not conduct “public duties for the foreseeable future.”

Prince Andrew announced on Wednesday that he was canceling all public engagements.

“I have asked Her Majesty (the Queen) if I may step back from public duties for the foreseeable future, and she has given her permission,” he said in a statement.

Prince Andrew said his links with the convicted sex offender Jeffrey Epstein had become a “major disruption” to the Royal Family.

He said he deeply sympathized with Epstein’s victims and “everyone who has been affected and wants some form of closure.”

It comes as the prince faced an increasing backlash following a BBC interview over the weekend in which he said he had “no recollection” of meeting a woman who said she was forced to have sex with him as a teenager.

The British royal said he could not remember ever meeting Virginia Roberts —one of the alleged victims of Epstein — telling the BBC: “I have no recollection of ever meeting this lady, none whatsoever.”

The latest development comes as a number of organizations were considering severing ties with the duke.

British telecoms giant BT threatened earlier on Wednesday to end its support for an awards scheme unless Prince Andrew was dropped as patron.