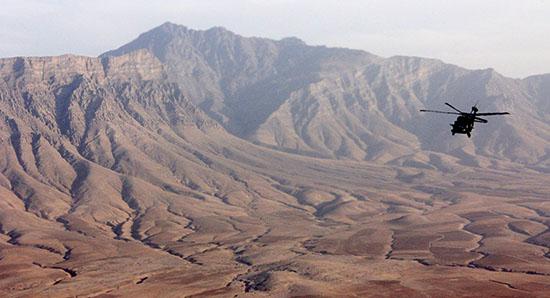 The cause of the incident is already being investigated, with preliminary reports indicating that the crash was not caused by enemy fire.

At least two US servicemen have been killed in a helicopter crash in Afghanistan, the US military said in a statement on Wednesday.

“The cause of the crash is under investigation, however preliminary reports do not indicate it was caused by enemy fire,” the statement pointed out.

The incident comes after NBC News cited unnamed Pentagon sources as saying late last month that the US Department of Defence has been working on contingency plans for a swift drawdown of US forces in Afghanistan following President Donald Trump’s abrupt policy change on Syria.

The remarks followed US General Austin Scott Miller, the Resolute Support Mission commander, stating in Kabul that Washington had already reduced its strengths by 2,000 troops in Afghanistan over the last year.

At the same time, the Trump administration declined to rule out a withdrawal of American troops without a peace accord with the Taliban, which was scrapped after a terror attack resulting in the death of an American soldier in Kabul in September.

Secretary of State Mike Pompeo said at the time that the Taliban had “tried to gain negotiating advantage by conducting terror attacks inside the country.”

“We’re going to walk away from a deal if others try to use violence to achieve better ends in a negotiation,’’ he underscored.

Trump Pledges to Slash US Troop Numbers in Afghanistan

President Trump has repeatedly promised to reduce the number of US forces in Afghanistan, saying in August that their numbers would come down to 8,600 from the current level of about 14,000. This is far below the 100,000 troops that were based there during the height of the war.

US troops in Afghanistan are currently on a mission to train, advise, and assist Afghan forces in their fight against the Taliban. They also conduct counterterrorism missions against groups such as al-Qaeda* and Daesh*.

The US and its allies launched a military operation in Afghanistan in 2001 after the 9/11 attacks, which were staged by the al-Qaeda* terror group, backed by then Taliban-led government of Afghanistan.