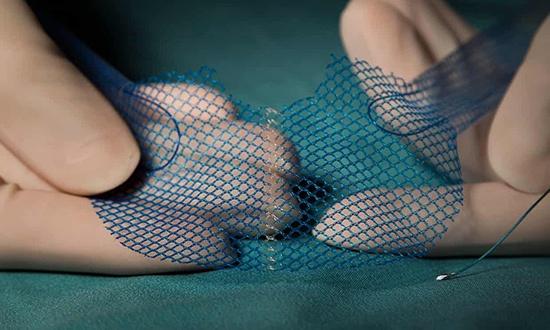 Many woman affected by the vaginal mesh implants were left in severe, debilitating and chronic pain. The Australian class action against companies owned by Johnson & Johnson has been watched closely across the world. Photograph: Emily Critchfield/Duke Health

The Australian class action against companies owned by Johnson & Johnson – watched closely across the world – was won on behalf of 1,350 women who had mesh and tape products implanted to treat pelvic prolapse or stress urinary incontinence, both common complications of childbirth.

The devices all but ruined the lives of many. Women have been left in severe, debilitating and chronic pain, and often unable to have intercourse. The vast majority also suffered a significant psychological toll.

The mesh eroded internally in many cases, has caused infections, multiple complications, and is near impossible to completely remove, Australia’s federal court has heard.

The federal court heard the three women who led the action – Kathryn Gill, Diane Dawson and Ann Sanders – respectively described their pain as “so bad she struggles to breathe”, “excruciating”, and like “there was a blade in her vagina”.

Johnson & Johnson, though, saw the devices as a lucrative earner. The court previously heard Australian women were used as “guinea pigs” in an experiment by the multinational, who took a “sell first, test later” approach.

What is a vaginal mesh implant?

The devices were not properly tested for safety before being allowed on to the Australian market, though Johnson & Johnson and the associated companies clearly knew the potential for serious complications.

The companies were accused of launching a “tidal wave” of aggressive promotion at doctors, marketing the devices as cheap, simple to insert, and a relatively risk-free way to boost profits.

All the while, their potential dangers were minimised, downplayed or ignored, both in communications to doctors and patients, the plaintiffs alleged.

When patients complained of pain, they were frequently disbelieved.

The women in the courtroom broke down in tears after federal court justice Anna Katzmann delivered her scathing judgment against the Johnson & Johnson companies. The courtroom was packed. Women consoled one another as Katzmann left the bench, and later spoke of the unique bond the ordeal had forged between them.

Speaking outside court, Julie Davis, one of the claimants, said the judgment was a great step forward that would go some way in healing the damage done.

Davis said the ordeal had made her world a lot smaller “as a woman, a woman who thinks they can do anything and be what they want to be”. It had affected her relationships, her family, her self-confidence, and her future.

“I always knew they should be held accountable, and in my heart of hearts today has put that right,” she said.

“The corporates have a lot to answer for. They’ve treated women essentially like guinea pigs and lied about it, and done nothing to help.”

Katzmann found the companies engaged in misleading and deceptive conduct and negligence by rushing the products on to market, despite knowing the risks.

“The risks were known, not insignificant, and on the respondents’ own admission, could cause significant and serious harm if they eventuated,” Katzmann found. “A far more cautious approach was warranted than the respondents took.”

She said the companies viewed the “commercial opportunities” of the devices and were “keen to exploit them before their competitors beat them to it”.

The testing of the products both before and after their release to market was “deficient”, she said.

“Ethicon [an arm of Johnson & Johnson] conducted no or no adequate clinical trials on the devices before taking them to market,” she said.

When the companies began to receive complaints from doctors and patients, it failed to properly investigate.

“In some cases, they were ignored altogether,” Katzmann said.

Publicly, the company had remained silent about what it knew of the risks.

“They remained publicly coy about what they knew or did not know about all of them.”

Katzmann found the devices could cause unpredictable foreign body reactions and clinically significant complications within patients. She rejected the defendants’ suggestion that the complications were rare.

“I was satisfied that a number of the pleaded complications are not uncommon, and some in fact are common,” she said.

The trial earlier heard astonishing evidence about the multinational’s attempts to stop regulators raising concerns about the products. Internal documents suggested it tried to stop French health regulator, Haute Autorité de Santé, from publishing a report warning against the use of the untested pelvic mesh devices, two years after the company began giving them to Australian women.

Meeting minutes described in court showed Ethicon, Johnson & Johnson’s product development arm, feared the report “could have a major impact on our business if made public”.

It said work was needed to “stop the publication of the report”.

Internal emails revealed a doctor enlisted to trial the products warned he would “not like my wife to undergo this procedure” and did not think he would be “alone” in that view. The doctor is now earning royalties from their use, the court heard.

“It is no less true that sodomy could be a good alternative!” the doctor wrote.

Another discussed the difficulty of raising sexual matters with his patients.

The products have been the subject of separate class actions in the United Kingdom and United States, and some have since been removed from the Australian market.

Separate inquiries have raised serious questions about the efforts of the Australian regulator, the Therapeutic Goods Administration (TGA), to ensure the devices were safe.

The court heard the devices were allowed on to market because they had been cleared for sale in the European Union. But Katzmann said there was “widespread and systematic noncompliance” with the EU requirements.

The case has taken a long time to wind through Australia’s federal court. The hearing began in mid-2017, spanning until February 2018, when Katzmann began her deliberations. It has been described as one of Australia’s largest product liability class actions. 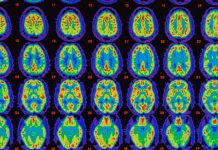