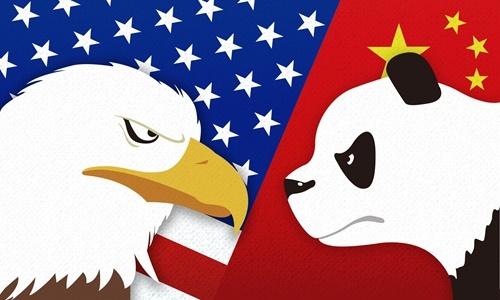 Source:Global Times-On December 10, 1989, Chinese leader Deng Xiaoping said during a meeting with President Bush’s special envoy and US National Security Advisor Brent Scowcroft that after all, Chinese-American relations have to be improved.

When there were ups and downs in China-US relations in the past, we cited this sentence, “after all, Chinese-American relations have to be improved.” This expression has not only always given us confidence, but has also proven to be true.

At that time, the US probably also believed that relations with China had to be improved. By the 1980s, neoliberalism had begun to spread around the world. The US strategic community and business community began to understand China-US relations in such a  perspective. The sanctions imposed by the US on China in 1989 were mainly in the areas of high-level exchanges and military cooperation. President Bush especially stressed that sanctions against China cannot affect China-US economic and trade relations. The Clinton administration linked the MFN status to human rights issues in 1993. However, after some lobbying such as that by the business community, it decided to delink the MFN status to rights issues in 1994.

Therefore, 30 years ago, China and the US probably had the consensus that Chinese-American relations have to be improved after all. But is it still the case today?

Speaking of the decoupling between China and the US, most people have two judgments: First, decoupling is bad; Second, the degree of interdependence between China and the US is so deep that there can’t be a decoupling. If decoupling means zero China-US trade or people-to-people ties,   or relations akin to those between the US and the Soviet Union during the Cold War, decoupling is indeed impossible. But if decoupling refers to a strategic direction, it means that the breadth and depth of China-US exchanges have been limited or even reversed. Decoupling, then, is not only there, it has been there for some time and is likely to deepen in the future. Decoupling is a reversal of the engagement. The engagement strategy has been criticized, so decoupling is inevitable.

China and the US are interdependent within the same international system, but there is a serious lack of mutual strategic trust. If the hook is too tight, neither side feels safe. China was relatively weak in the past, and we had more concerns about the strategic intentions of the US. The US, which used to be more relaxed, is now worried about China’s strategic intentions toward the US because of its relative decline.

When our sense of insecurity increases, we regard more issues as security issues. The more the sense of insecurity, the more the issues will be put on the security agenda. We then seek to reduce interdependence by, for example, setting limits on exchanges, reducing the quantity and quality of exchanges, and seeking to reduce our own sensitivity and vulnerability in interdependence.

China’s concerns about the US, which used to focus on politics and ideology, have recently spread to technology after US crackdown on companies like Huawei. America’s worries about China are mainly in technological and economic fields, and now even in the ideological sphere. Although I personally think decoupling is bad, it seems inevitable. So even though US Vice President Mike Pence recently said in his speech that the US does not seek to decouple from China, I believe that the direction of decoupling is certain, because both countries feel insecure when they are closely linked.

How do we judge the character of the US? How inclusive is the US and the international system it leads? How to judge the trend of the future strength and status of the US? If China strives to maintain a more positive Sino-US relationship, what kind of benefits can we get? What might an unstable Sino-American relationship do to us? We haven’t talked enough about that.

China’s strategic goal is clear: to build China into a great modern socialist country that is prosperous, strong, democratic, culturally advanced, harmonious, and beautiful by the middle of the century. The original intention of the Communist Party of China is also very clear: to seek happiness for the Chinese people and rejuvenation for the Chinese nation. In keeping with this vision and mission, what kind of Sino-US relationship do we need? Of course, it must be achievable at the same time. How will our overall objectives define the strategy and tactics against the US? I believe that while discussing the change in US strategy for China, the Chinese academic community should also seriously discuss what China’s strategy for the US should be like in the future.

The article is an abstract of a speech delivered by Da Wei, assistant president of the University of International Relations, at D&C Think on October 27. [email protected]