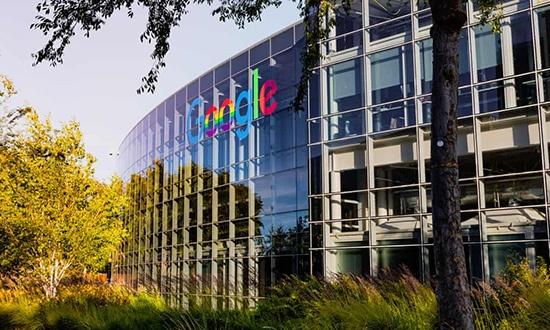 Google will no longer allow political advertisers to target voters based on their political affiliation, the company announced Wednesday, in a move that will increase pressure on Facebook to limit micro-targeting.

Google also plans to “clarify” its ad policies around false claims to explicitly ban doctored video and images known as “deepfakes”, misleading claims about the census, and “demonstrably false claims” that could undermine trust in elections or the democratic process.

“Whether you’re running for office or selling office furniture, we apply the same ads policies to everyone; there are no carve-outs,” the Google Ads executive Scott Spencer wrote in a blogpost. The policy clarification is an implicit criticism of Facebook’s controversial decision to allow politicians an exemption from its own ban on false claims in advertising.

“No one can sensibly adjudicate every political claim, counterclaim, and insinuation,” Spencer wrote. “So we expect that the number of political ads on which we take action will be very limited – but we will continue to do so for clear violations.”

Under Google’s new rules, ads that refer to candidates, political parties or ballot measures will be barred from using some of Google’s powerful tools that combine data sources and target individual users, according to an email to advertisers shared by the Democratic presidential candidate Cory Booker’s deputy campaign manager. Political advertisers will still be allowed to target voters by age, gender and location to the level of postal code.

Google joins Twitter in voluntarily limiting its political advertising offerings before the UK general election on 13 December and the 2020 US presidential election. (Targeting by political affiliation was not previously allowed in the UK, so that policy will not change in the UK.)

On 30 October, Twitter made the surprise announcement that it would ban almost all political advertising starting on 22 November. Twitter has since fleshed out a policy that will ban all candidates, elected officials and parties from advertising but allow some not-for-profit organizations and companies to promote messages about social issues.

Twitter’s decision intensified the debate over digital political ads. While the company earned some praise, many experts on political communications called for a more nuanced approach that would maintain access to digital advertising for smaller campaigns and parties. Ellen Weintraub, the chair of the US Federal Election Commission, has called for restrictions on micro-targeting, which allows campaigns to tailor different advertisements to incredibly precise segments of the electorate.

Any ban on micro-targeting would be a significant blow to Facebook, whose vast troves of personal data about individuals have turned it into an advertising juggernaut.

Google, Twitter and Facebook have all introduced transparency tools that allow voters and researchers to view the political ads campaigns are running following the 2016 US presidential election, when a Russian influence operation used the various social media platforms to interfere with the election.

But criticism has continued to dog the companies as elections approach in the US and UK. Donald Trump’s re-election campaign generally launches more than 1,000 new micro-targeted Facebook ads each day, creating a huge challenge for news outlets or researchers attempting to understand how the president is communicating with the electorate.

And on Tuesday, the Guardian revealed that Google was underreporting spending on UK political ads by as much as a factor of a thousand.

“Regardless of the cost or impact to spending on our platforms, we believe these changes will help promote confidence in digital political advertising and trust in electoral processes worldwide,” Spencer said. The company has reported approximately $128m in revenue from US political ads since 31 May 2018 – a very small percentage of Google’s overall ad revenue.