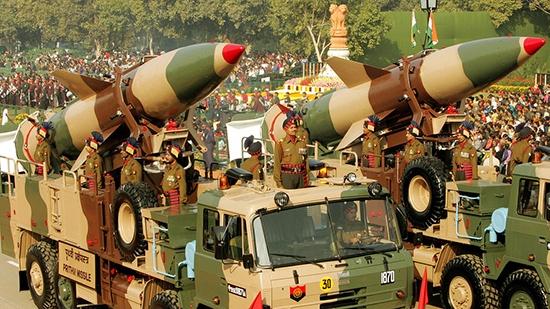 India’s Strategic Forces Command has test-fired two short-range ballistic missiles capable of carrying nuclear warheads as part of a yearly training session. The launches went off without a hitch.

The pair of Prithvi-II missiles were fired from Abdul Kalam Island off the coast of Odisha late on Wednesday night in a readiness test for the Indian missile forces, government sources told local media.

“Both tests met all parameters,” an official from the Integrated Test Range told the PTI news agency, adding: “The missile trajectory was tracked by radars, electro-optical tracking systems and telemetry stations by the [Defense Research and Development Organization].”

The munitions reportedly landed in the Bay of Bengal off India’s east coast.

“The test proved the reliability of the weapon and reconfirmed its operational readiness. The army is now ready to fire the missile anytime and in any terrain [at] short notice,” another defense official told the New Indian Express.

The domestically designed surface-to-surface missile has a range of some 220 miles (350km) and a payload capacity of up to 2,200 pounds (1,000kg). First inducted into India’s armed forces in 2003, the missile is single-stage, meaning it is propelled by only one set of rocket engines, and runs on a liquid fuel.

Earlier this week, New Delhi test-launched an intermediate-range Agni-II missile, while its rival Pakistan followed up by firing off its Shaheen-I munition in a test of its own, both of which are also nuclear-capable.

Hostilities between India and Pakistan soared earlier this year after New Delhi carried out airstrikes on Pakistan-controlled Kashmir, claiming to bomb “terror camps” in the first Indian incursion across the Kashmiri border since 1971, when the two countries were at war. The strikes prompted Islamabad to scramble its own fighters, culminating in a dog fight which shot down an Indian MiG.

Over the summer, Indian Defense Minister Rajnath Singh said the country’s ‘No First Use’ policy for nuclear weapons could soon change “[depending] on the circumstances,” implying that Pakistan could be the cause.