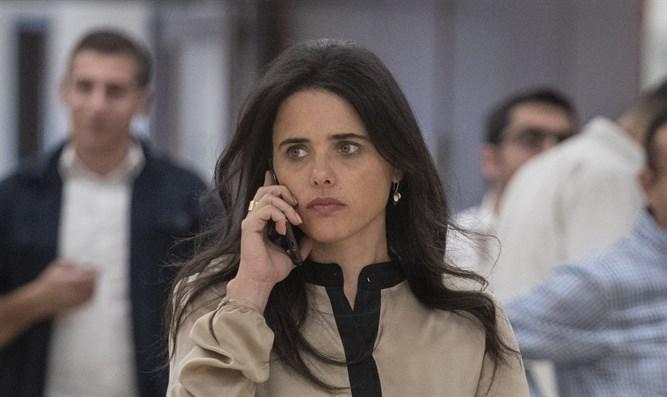 New Right Chairwoman responds to Dutch parliament decision to stop aid to PA due to payments to families of terrorists.

New Right Chairwoman MK Ayelet Shaked responded last night to the Dutch parliament’s decision not to transfer assistance to the Palestinian Authority due to the fact that some of the funds are intended to be paid to terrorists and their families.

“I congratulate the Dutch parliament for its decision. It is very gratifying to see that parts of Europe are growing, sobering in their relations with the Palestinians and refusing to indirectly fund terrorism. Better late than never,” Shaked wrote on Twitter.

In the explanation to the decision, Dutch lawmakers wrote that they object to any money paid to the PA, when they are aware that some of the funds is used to pay terrorists and their families a monthly stipend.

In 2017, the Palestinian Authority paid about $198 million to a fund for the families of terrorists killed during their attacks and about $160 million to Arabs being held in Israeli jails, according to Israeli Defense Ministry figures, reports JTA.

The Netherlands spends several million dollars each year on aid to the Palestinian Authority and populations elsewhere in the Middle East but most of that money is given to agencies and nongovernmental organizations.

The country had given about $1.6 million directly to the Palestinian Authority annually to pay the salaries of justice ministry employees.

This is the second difficult decision for the PA. Yesterday, Dutch lawmakers decided that Dutch representatives will approach EU lawmakers and make the case that the law of stamping Israeli produce, is “discriminatory in comparison to other areas of conflict.”

The Dutch parliament agreed to stamp Israeli products according to the new EU law only when all conflict area produce is stamped. According to Yisrael HaYom, this law was achieved through Christian-Zionist groups lobbying.