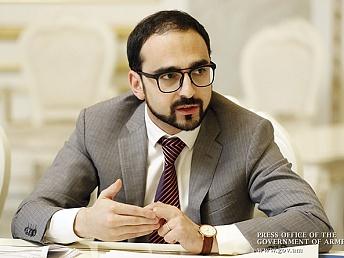 YEREVAN, November 20. /ARKA/. The policy of market liberalization pursued by the Armenian government has significantly reduced the share of dominant companies in the local market, Deputy Prime Minister Tigran Avinyan said on Wednesday.

According to Avinyan, Armenia’s economic activity filed is completely liberalized.

‘As for monopolies, there are no and cannot be monopolies supported by the government,” he said when speaking at a forum on ensuring effective competition in the digitized world.

Avinyan underlined that ensuring free competition is one of the priorities of the Armenian government, and in this context he pointed out the role of the State Commission for the Protection of Economic Competition (SCEC).

Saying that in some segments of the market the problems are still palpable, Avinyan said that the SCPEC possesses enough tools to solve the bulk of the problems in 2020.