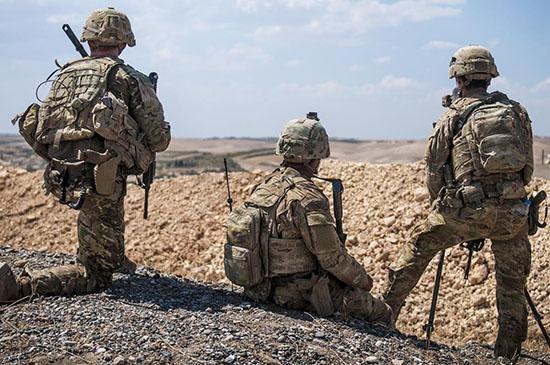 The number of operations carried out within the scope of the fight against the illegal PKK has increased by 150 percent in the last three years, from the level of 10,000 to 40,000, Interior Minister Süleyman Soylu said on Nov. 20.

“Three-hundred-and-sixty-three terrorists this year, and 1,144 terrorists in total, were neutralized after identification of their locations by unmanned aerial vehicles,” Soylu told members of the Turkish Parliament’s planning and budget commission.

Turkish authorities often use the term “neutralized” to imply the terrorists in question surrendered or were killed or captured.

In the first 10 months of the year, 289 PKK members surrendered to security forces by persuasion efforts, Soylu said.

Turkey’s anti-terror Operation Kıran in the country’s southeast has “neutralized a total of 121 PKK members and destroyed nearly 229 caves, shelters and warehouses,” where they sheltered, he stated.

On Aug. 17, Turkey launched Operation Kıran in the country’s southeast against PKK in Van, Hakkari and Şırnak provinces, followed by the launch of Operation Kıran-2 on Aug. 27 in Mardin, Şırnak and Batman provinces.

Four more iterations of the operation followed, including Operation Kıran-6, launched on Nov. 13.

In its more than 30-year terror campaign against Turkey, the PKK – listed as a terrorist organization by Turkey, the United States and the European Union – has been responsible for the deaths of over 40,000 people, including women, children and infants. The YPG is the PKK’s Syrian offshoot

He also updated lawmakers on Syrians returning to their homeland in northern Syria.

“As a result of [Turkey’s] cross-border anti-terror operations against Daesh and PKK/YPG, 368,217 Syrians have returned to their country,” he said, using Arabic acronym of the ISIL.

Syrians registered in other cities came to Istanbul, leading to an accumulation in the city, Soylu told parliament.

“Around 100,000 Syrians have returned to provinces in which they are registered since July 12,” he said, adding that a total of 200,000 migrants had left the city.

As of November, 559,064 people were subject to judicial proceedings, 261,700 people were detained and 91, 287 arrests were made due to FETÖ-linked crimes, the interior minister said.