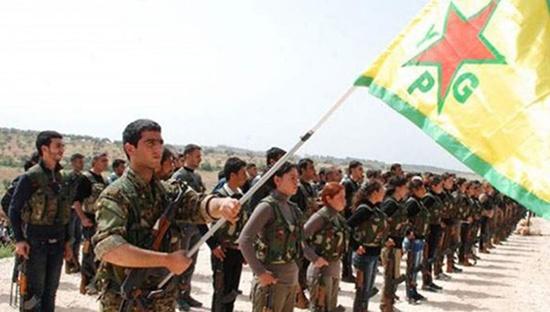 Turkey’s Defense Ministry said on Tuesday Kurdish People’s Protection Units (YPG) militia had killed three people and wounded eight in a missile attack on a school in the Tel Abyad region of northern Syria which they were meant to have withdrawn from under a ceasefire agreement, Reuters reported.

The report came a day after Turkey threatened a new military operation in northeast Syria if the area was not cleared of the militia.

A Turkish incursion last month against the Syrian YPG called Operation Peace Spring drew international condemnation. Ankara accuses the YPG, which spearheaded the US-led war against the Islamic State in Iraq and the Levant (ISIL), of links to Kurdish separatists in Turkey.

“The PKK/YPG, who continued their harassment and attacks, and conducted bombings in the Operation Peace Spring area, have now targeted a school in Tel Abyad’s Curn village,” a Turkish defense ministry statement said.

Tel Abyad is one of two major border towns that saw the heaviest fighting when Ankara launched the incursion on Oct. 9.

Turkey halted its offensive after striking deals with Russia and the United States. While Moscow has said the YPG has withdrawn to at least 30 kilometers (18 miles) from the border, Ankara has been skeptical and held out the possibility of new attacks if members of what it sees as a terrorist group remain.

Turkish Foreign Minister Mevlüt Çavuşoğlu was quoted on Monday as saying his country would launch a new operation if the area was not cleared of YPG militia. Russia said any such move would damage efforts to stabilize the region.