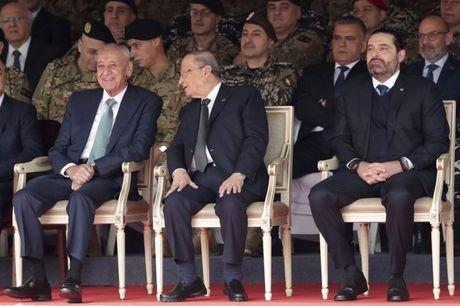 They appeared together Friday for the first time since the government resigned amid nationwide protests.

The traditional military parade in central Beirut has been called off as a protest camp still occupies the area, more than a month after anti-government demonstrations broke out.

Lebanon is facing its most serious political and economic crises in years. A deadlock among the top leaders has failed to produce a government.