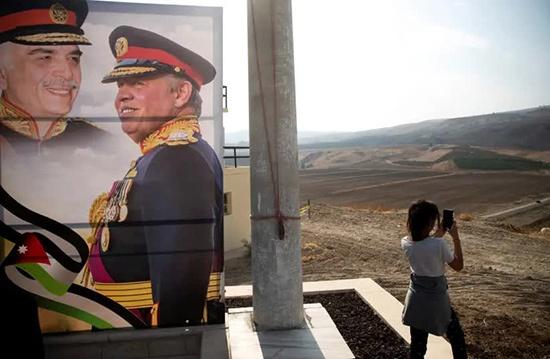 The king of Jordan added that unless the Palestinian issue can be solved, Israel could not really become a part of the Middle East.

King Abdullah of Jordan said on Friday that relations with Israel are at its worst state, partly because of internal problems in Israel. The king said this at a meeting of the Washington Institute for Near East Policy in New York.
He added, “We hope that Israel will be able to determine its future, either in the coming weeks or in the coming months.”
“If we won’t be able to solve the Israeli-Palestinian issue,” he said, “Israel cannot really become a part of the Middle East,” Mako reported.
Noting that the alternative to a two-state solution, one for the Jewish society in Israel and the other for Palestinians, is “much worse,” the king claimed that during “every year we lose [to indecision] it becomes much more complex and difficult for Israelis and Palestinians to progress.”
The King publicly prayed and kissed the ground of Naharayim, which is known as Baqura in Jordan, in early November after insisting Israel hand over the land as was agreed upon in the 1994 Peace Treaty.
Israeli farmers who own lands in what is now Jordan will need a visa to enter them. The laws governing such lands will be Jordanian laws.
Prime Minister Benjamin Netanyahu offered the King to connect “the train from Haifa all the way to Saudi Arabia” but the project is currently “stuck.”
Netanyahu said so during a special conference on Israeli-Jordanian ties, together with the Institute for National Security Studies at Tel Aviv University.