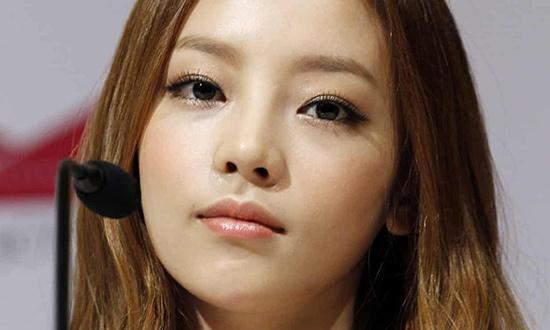 The K-pop singer Goo Hara has been found dead at her home in Seoul, according to police.

The body of the 28-year-old, a former member of the girl group Kara, was found early on Sunday evening, South Korea’s Yonhap news agency reported. Police said they were trying to establish the cause of death.

Goo’s death comes six months after her manager found her unconscious at her home, in what local media described as an apparent suicide attempt. The singer and actor later apologised to fans and recently relaunched her solo career with a tour of Japan and the release of a new single.

Last year, Goo took her former boyfriend to court after he threatened to release footage of them having sex that was filmed without her knowledge or consent.

Molka – in which women are covertly filmed and the footage uploaded to websites – has reached epidemic levels in South Korea, prompting calls for the government to take tougher action against offenders, who are almost always men.

Early last month, South Korean media reported that a woman had killed herself after she discovered that she had been secretly filmed in a hospital changing room.

Goo’s death comes weeks after the death of her close friend and fellow K-pop star Sulli turned the spotlight on the darkest corners of the K-pop industry and the online abuse directed at celebrities by “toxic” fans.

Sulli, a former member of the group f(x), had spoken publicly about her mental health problems and shock at her death sparked calls for greater support for performers.

A number of South Korean celebrities have killed themselves in the last decade. They include Jang Ja-yeon, a popular soap star who died in 2009, leaving a seven-page letter in which she claimed she had been the victim of sexual abuse by powerful men.

The K-pop star Jonghyun, whose real name was Kim Jong-hyun, killed himself in December 2017.

Other artists have called for a change in the anonymous commenting culture on the internet, including Kwon Ji-an, a singer and painter better known by her stage name Solbi, who was subjected to cyber-insults in 2009 while she was a member of K-pop group Typhoon. She had also been wrongly identified in a sex video that was widely shared online.