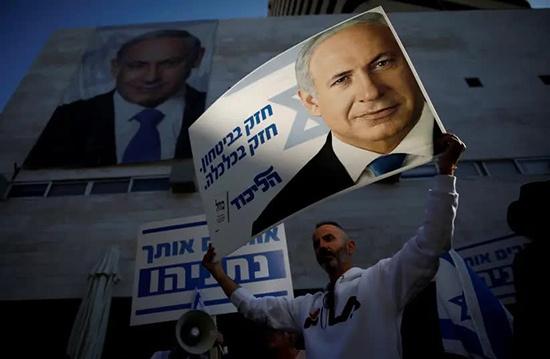 A controversial law passed in January 2018 made the state fund primary campaigns for the Likud’s Knesset slate instead of donors. But donations are still permitted in the race for Likud leader.

By GIL HOFFMAN  – https://www.jpost.com
Last week, the American Friends of Likud held their biannual mission to Israel at a very convenient time that was completely coincidental.

The top Likud supporters in the United States met, like they always do, with the top politicians in the party. But this time, with Prime Minister Benjamin Netanyahu under indictment, participants said the meetings with current and future Likud leadership candidates felt like “auditions.”

A controversial law passed in January 2018 made the state fund primary campaigns for the Likud’s Knesset slate instead of donors. But donations are still permitted in the race for Likud leader.

Asked if they saw anyone who could or would unseat Netanyahu in the party, the Americans resoundingly said no.

So far, Sa’ar is the only candidate who has vowed to challenge Netanyahu. His call for a snap primary needs Netanyahu’s approval, because he was already chosen as the party’s candidate in the current Knesset, and Netanyahu killed the idea quickly.

Netanyahu’s advisers made it look like a concession on his part that he is willing to hold a leadership primary in six weeks. But that was hardly magnanimous, because a Likud primary must be held ahead of the election for the next Knesset, for which no candidate has been chosen yet by the party.

There are still two and a half weeks to prevent the third election in under a year. Blue and White leader Benny Gantz convened his closest advisers on Sunday to ponder what can still be done to prevent a race that polls show the public overwhelmingly opposes.

Sources who participated in the closed-door meeting said they wracked their brains and ended up with nothing.

“I can’t say 100% but I think we are going to elections,” a participant in the meeting lamented. “We haven’t heard any creative solutions from anyone in Likud.”

The words “creative solutions” were heard over and over again by potential Likud leadership candidates and advisers close to them. Edelstein, Gilad Erdan and Avi Dichter faced criticism on Sunday for remaining silent since Netanyahu’s indictment on Thursday, but their associates said they were quiet because they are still searching for those “creative solutions.”

“We are always thinking of creative solutions, but we haven’t found a magic idea yet,” an adviser to one of the future Likud leadership candidates said.

“He is meeting right now considering different creative solutions, but today is too soon to reveal what we will do,” an adviser to another potential candidate said.

“Sometimes patience is a smarter strategy,” an adviser to another possible candidate said.

But in Blue and White, they said the reason any solution is doomed, no matter how creative, is that Netanyahu will not cooperate with any of them. They said Netanyahu cares about remaining prime minister so his case will be heard by three judges in Jerusalem and not one in Tel Aviv, which prevents him from compromising.

“We will just have to go to a third election and win to end this madness,” a close adviser to Gantz said.