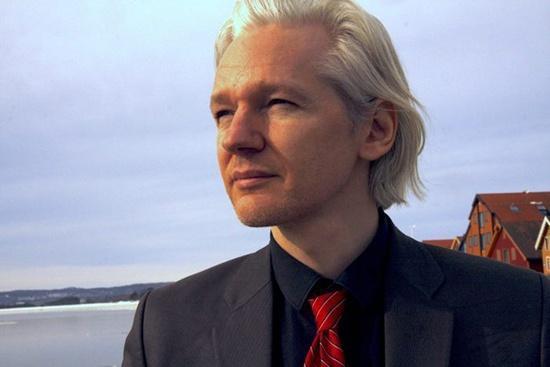 Doctors from around the world have written an open letter to the UK home secretary about the plight of the WikiLeaks’ publisher in London’s Belmarsh prison.

We write this open letter, as medical doctors, to express our serious concerns about the physical and mental health of Julian Assange. Our professional concerns follow publication recently of the harrowing eyewitness accounts of Craig Murray and John Pilger of the case management hearing on Monday 21 October 2019 at Westminster Magistrates Court. The hearing related to the upcoming February 2020 hearing of the request by the US government for Mr Assange’s extradition to the US in relation to his work as a publisher of information, including information about alleged crimes of the US government.

Our concerns were further heightened by the publication on 1 November 2019 of a further report of Nils Melzer, the United Nations Special Rapporteur on Torture and Other Cruel, Inhuman or Degrading Treatment or Punishment, in which he stated: ‘Unless the UK urgently changes course and alleviates his inhumane situation, Mr Assange’s continued exposure to arbitrariness and abuse may soon end up costing his life.’

Having entered the Ecuadorian Embassy in London on 19 June 2012, Mr Assange sought and was granted political asylum by the Ecuadorian government. On 11 April 2019, he was removed from the Embassy and arrested by the Metropolitan Police. He was subsequently detained in Belmarsh maximum security prison, in what Mr Melzer described as ‘oppressive conditions of isolation and surveillance.’

During the seven years spent in the Embassy in confined living conditions, Mr Assange was visited and examined by a number of experts each of whom expressed alarm at the state of his health and requested that he be allowed access to a hospital. No such access was permitted. Mr Assange was unable to exercise his right to free and necessary expert medical assessment and treatment throughout the seven-year period.

A chronology, based on information available to the public, of relevant visits, events and reports from a medical perspective follows:

In October 2017, Doctors Sondra S. Crosby, Brock Chisholm and Sean Love visited Mr Assange.6 The group examined him for 20 hours over Three days.7 In an article for the Guardian published on 24 January 2018 they wrote: ‘We examined Julian Assange, and he badly needs care – but he can’t get it’; ‘We call on the British Medical Association and colleagues in the UK to demand safe access to medical care for Mr Assange and to oppose openly the ongoing violations of his human right to healthcare.’8

Medical doctors have a professional duty to report suspected torture of which they become aware, wherever it may be occurring. That professional duty is absolute and must be carried out regardless of risk to reporting doctors. We wish to put on record, as medical doctors, our collective serious concerns and to draw the attention of the public and the world to this grave situation.

The World Health Organisation Constitution of 1946 envisages ‘the highest attainable standard of health as a fundamental right of every human being.’20 We are indebted to those who have sought to uphold this right in the case of Mr Assange.

From a medical point of view, on the evidence currently available, we have serious concerns about Mr Assange’s fitness to stand trial in February 2020. Most importantly, it is our opinion that Mr Assange requires urgent expert medical assessment of both his physical and psychological state of health. Any medical treatment indicated should be administered in a properly equipped and expertly staffed university teaching hospital (tertiary care). Were such urgent assessment and treatment not to take place, we have real concerns, on the evidence currently available, that Mr Assange could die in prison. The medical situation is thereby urgent. There is no time to lose.

The United Nations Special Rapporteur on Torture and Other Cruel, Inhuman or Degrading Treatment or Punishment, Nils Melzer, visited Mr Assange in Belmarsh Prison on 9 May 2019, over six months ago. Mr Melzer was accompanied by two medical experts specialised in examining victims of torture and other ill-treatment. The team was able to speak with Mr Assange in confidence and to conduct a thorough medical assessment.

‘It was obvious that Mr Assange’s health has been seriously affected by the extremely hostile and arbitrary environment he has been exposed to for many years,’ the expert said. ‘Most importantly, in addition to physical ailments, Mr Assange showed all symptoms typical for prolonged exposure to psychological torture, including extreme stress, chronic anxiety and intense psychological trauma.

‘The evidence is overwhelming and clear,’ the expert said. ‘Mr Assange has been deliberately exposed, for a period of several years, to progressively severe forms of cruel, inhuman or degrading treatment or punishment, the cumulative effects of which can only be described as psychological torture.

‘In 20 years of work with victims of war, violence and political persecution I have never seen a group of democratic States ganging up to deliberately isolate, demonise and abuse a single individual for such a long time and with so little regard for human dignity and the rule of law,’ Mr Melzer said. ‘The collective persecution of Julian Assange must end here and now!’

In his annual report on 14 October 2019 to the Seventy-fourth session of the UN General Assembly in New York, Mr Melzer stated: ‘Further, I would like to thank the Government of the United Kingdom for having facilitated my visit to Mr Julian Assange in Belmarsh Prison in London in May 2019, including his examination by two experienced medical experts. Although Mr Assange showed a pattern of symptoms typical for long-term exposure to psychological torture, I regret to report that none of the concerned States have agreed to investigate or redress their alleged involvement in his abuse as required of them under human rights law.’

Report of Nils Melzer to the Seventy-fourth session of the UN General Assembly on 14 October 2019:

It is noteworthy that three of the medical practitioners, from whose reports we have drawn, are unidentified, their names having been redacted. In this context, a telling passage from the 26 page report of the psychological expert dated 11 December 2015 offers an insight into the climate of fear and intimidation surrounding the provision of medical care to Mr Assange. On page 20 of the report, under the heading ‘Medical Practitioners’ Concerns regarding examining and treating Mr Assange at the Embassy’, the unnamed psychological expert noted:

‘One of Mr Assange’s colleagues commented that there had been many difficulties in finding medical practitioners who were willing to examine Mr Assange in the Embassy. The reasons given were uncertainty over whether medical insurance would cover the Embassy (a foreign jurisdiction); whether the association with Mr Assange could harm their livelihood or draw unwanted attention to them and their families; and discomfort regarding exposing this association when entering the Embassy. One medical practitioner expressed concern to one of the interviewees after the police taking notes of his name and the fact that he was visiting Mr Assange. One medical practitioner wrote that he agreed to produce a medical report only on condition that his name not be made available to the wider public, fearing repercussions.’21

It is likely that the aforementioned climate of fear and intimidation severely compromised the medical care available to Mr Assange, even within the Embassy, and given all the other concerns surrounding the extraordinary treatment of Mr Assange it is difficult to conclude other than that the creation of that climate of fear and intimidation was deliberate. If it was deliberate, we as medical doctors condemn such behaviour as reckless, dangerous and cruel. That all this has been played out in the heart of London for many years is a source of great sadness and shame to many of us.