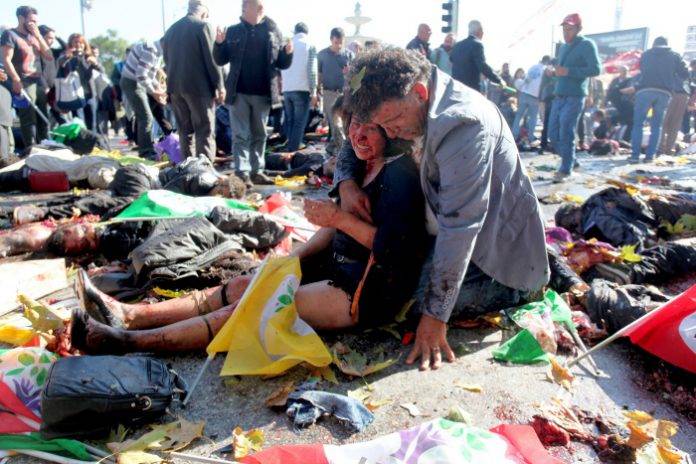 According to new documents the Turkish police had prior intelligence about the preparations for a 2015 suicide bomb attack in Ankara at least eight days before the incident, which killed more than a hundred people, the Cumhuriyet daily reported on Friday.

The report said the documents revealing the negligence of the officials were not presented to the court until recently, adding that they were provided to the Ankara Chief Public Prosecutor’s Office by an unidentified person one year after a trial of suspects in the attack began in November 2016.

The documents indicated that Yakup Şahin, a member of the Islamic State in Iraq and the Levant (ISIL) who brought the suicide bombers to Ankara before the attack in late September 2015, attempted to buy two tons of chemicals used in bomb making from a pesticide seller in Gaziantep’s Nizip district. When he was asked for an identity card, he left the shop.

The owner of the shop notified police about the attempt, and they identified the intended buyer.

The local police later informed counterterrorism units in Gaziantep city; however, the ISIL cell masterminding the attack obtained the necessary chemicals from another source, according to the investigation.

On Oct. 10, 2015 two suicide bombers attacked a peaceful demonstration in front of the Turkish capital’s landmark railway station in Ulus. One hundred nine people died and some 500 others were wounded in the blasts.