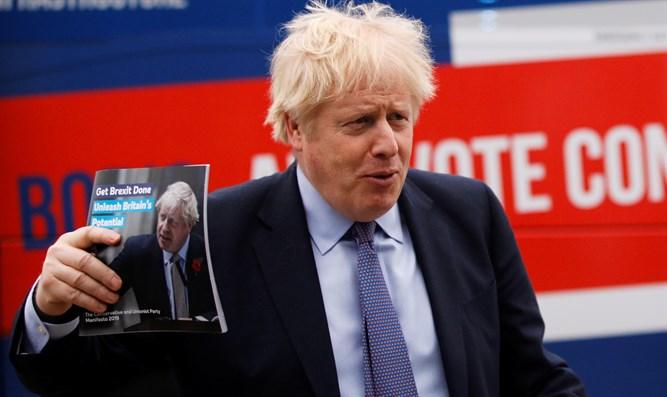 Two and a half weeks before Britons head to the polls, the ruling Conservative Party continues to hold a comfortable double-digit lead over its chief rival, Jeremy Corbyn’s Labour Party, according to a series of recent polls.

While the Conservatives are maintaining their lead, however, three new polls seem to show support for the Tories plateauing, with the party no longer gaining ground on Labour.

A YouGov poll conducted Friday and released Sunday shows the Conservatives leading Labour nationwide by a 12-point margin, 42 to 30 – a slight decline over last week’s YouGov poll which gave the Tories a 14-point lead, 43 to 29.

A second poll released Sunday, however, showed the opposite trend, with the Conservatives expanding their lead from 16 points to 19. The poll, conducted by Opinium on Friday, showed the Tories with 47% of the electorate, compared to 28% for Labour. The Opinium survey conducted a week earlier also showed Labour holding steady at 28%, but the Conservatives at 44%.

The three-point increase for the Conservatives in the Opinium poll comes as the Brexit Party is withdrawing its candidates from races which include Tory incumbents. The Brexit Party’s departure from these races resulted in a three point drop for the party’s nationwide polling numbers, from six to three points in the Opinium poll, with those three percent of voters all shifting their support to the Conservatives.

While the Conservatives need only 326 seats to win a majority in the House of Commons, Prime Minister Boris Johnson will require a larger Tory majority in Parliament to ensure support for his bid to remove the UK from the European Union quickly, and possibly without a deal establishing new trade rules between Britain and the EU.

An analysis by Electoral Calculus, based on recent opinion polls, now projects the Conservatives winning an 80-seat majority, with 365 seats in the House of Commons. Labour is projected to win 202 seats, with the Liberal Democrats coming in a distant third with 20.