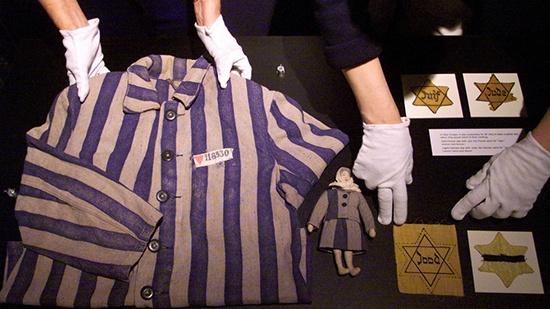 Luxury fashion brand Loewe has apologized and pulled a two-piece outfit from its range after complaints it looked like the clothing that Nazi concentration camp internees were forced to wear.

The black and white striped shirt and trousers set was released by the Spanish fashion house as part of a special capsule collection inspired by 19th century English ceramicist William De Morgan. The shirt alone was retailing for $950.

However, the outfit soon drew controversy, with people pointing out its uncomfortable similarity to the iconic striped uniforms worn by inmates of the Nazi concentration camps during the Second World War.

The Loewe outfit drew scathing comments on Twitter, with many wondering “what on Earth they were thinking,” and pointing out that “for almost $1,000, you can look like a prisoner of the Nazis.”

“WTF is wrong with people,” one commenter wrote. “Too many have lost their humanity and really have no clue of the past horrors. Shame on them.”

In a statement posted to its Instagram Stories, the company said it was notified that one of its looks “could be misconstrued as referring to one of the most odious moments in the history of mankind” and apologized “to anyone who might feel we were insensitive to sacred memories.”

It added that the products have been pulled.