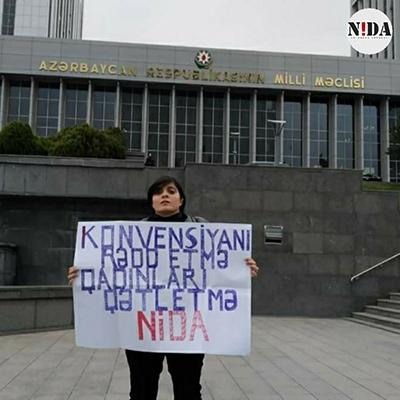 Baku / 26.11.19 / Turan: In connection with the International Day against Violence on Women, celebrated on November 25, a group of young activists of Azerbaijan made an attempt to hold a protest in a number of places in Baku.

According to activist Gulnara Mehdiyeva, it was planned to raise posters from various government agencies and take pictures.

At the Milli Majlis building, police detained Rabia Mammadova and young activist Senai Gaharamanli. A mobile phone was taken from the latter and they wanted to  take her  to the police station.

Only after persistent reminders that Senai is only 15 years old, the teenager was released.