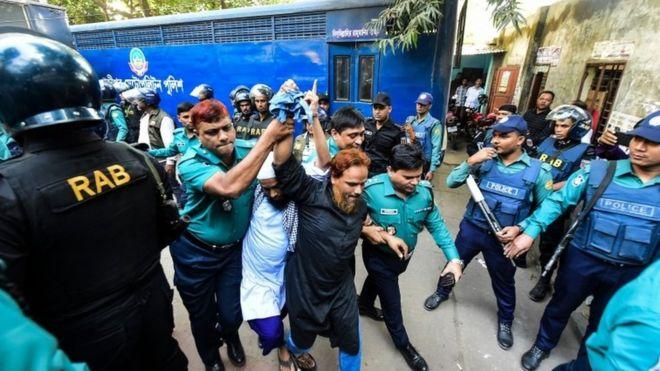 Seven Islamists have been sentenced to death for a 2016 attack on a café in the Bangladeshi capital in which 22 people, mostly foreigners, were killed.

The attack on the Holey Artisan cafe in Dhaka was carried out by a group of five men, who took diners hostage.

Eight people were on trial, accused of planning and supplying the attackers with weapons. One man was acquitted.

The 12-hour siege was Bangladesh’s deadliest terrorist attack. Most of the victims were Italian or Japanese.

The attack was claimed by the Islamic State (IS) group, but Bangladesh disputed this, instead holding a local militant group responsible.

Since the attack, Bangladesh authorities have led a brutal crackdown on militants it sees as a destabilising force in the predominantly Muslim country.

Public prosecutor Golam Sarwar Khan, speaking after the verdict was delivered, said the charges against the accused “were proved beyond any doubt”.

“The court gave them the highest punishment,” the prosecutor told reporters.

The seven convicted men were accused of belonging to Jamaat-ul-Mujahideen Bangladesh (JMB), an outlawed group.

How did the attack happen?

On the evening of 1 July 2016, five gunmen burst into the Holey Artisan cafe in the upmarket Gulshan district of Dhaka.

The attack saw victims inside the cafe, most of whom were foreigners, shot or hacked to death by the militants.

After a 12-hour stand-off, army commandos stormed the building and rescued 13 hostages, killing all five militants behind the attack.

The casualties included nine Italians, seven Japanese, an American and an Indian.

“It was an extremely heinous act,” Bangladeshi Prime Minister Sheikh Hasina said in a televised address at the time. “What kind of Muslims are these people? They don’t have any religion.”