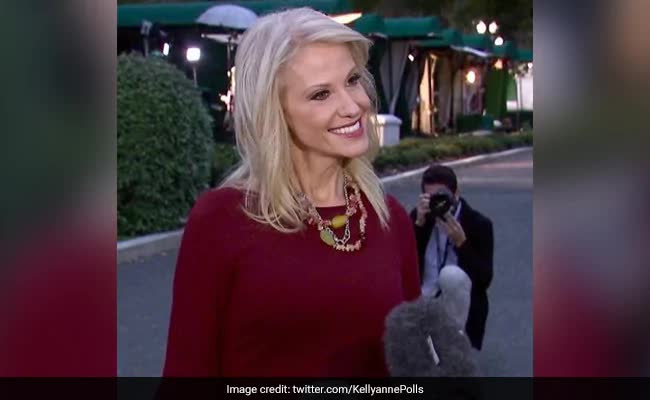 In October, US President Donald Trump said he expected to quickly dive into a second phase of talks once “phase one” had been completed.

The United States and China are close to agreement on the first phase of a trade deal, White House adviser Kellyanne Conway said on Tuesday, but three of the biggest sticking points remain.

“We’re getting really close and that first phase is significant,” she said in an interview with Fox News.

“But the president wants to do this in phases, in interim pieces because it’s such a large, historic trade deal.”

In October, US President Donald Trump said he expected to quickly dive into a second phase of talks once “phase one” had been completed.

The second phase would focus on a key US complaint that China effectively steals US intellectual property by forcing American companies to transfer their technology to Chinese rivals, he said at the time. “We continue to negotiate,” Conway said.

“But those forced tech transfers, the theft of intellectual property, the trade imbalance of a half a trillion a year with the world’s second largest economy, China – this makes no sense to people.”But the president wants a deal. But President Trump always waits for the best deal,” she said.

Officials in Beijing, however, say they do not anticipate sitting down to discuss a phase two deal before the November 2020 US election, in part because they want to wait to see if Trump wins a second term.