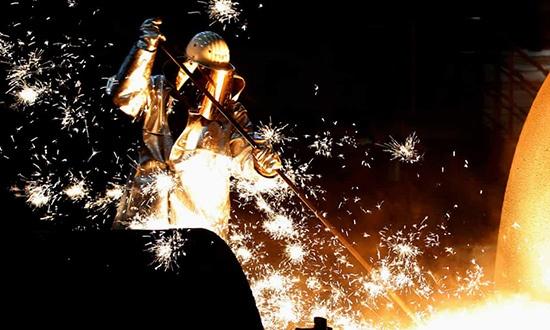 Because Germany imports so little, other countries go into debt to pay for its exports. Higher pay could turn this around

Earlier this month, at a large gala hall in Berlin, the European Central Bank’s president, Christine Lagarde, presented Wolfgang Schäuble – the former German minister of finance – with the Ehren-Victoria award for outstanding achievements in challenging times. “Few have done so much for Europe and the euro. His commitment, rigour and statesmanship are a source of inspiration,” Lagarde later tweeted.

Such is the dominant image of Germany: the rock holding fast in the high seas of global economic turmoil and southern European fiscal mismanagement.

But the opposite is true. Under Schäuble and since, Germany has been a wrecking ball to the European economy. Since the early 2000s, its governments have deliberately engineered record high current-account surpluses, not only damaging southern European prospects but also pushing the German economy toward problems of its own.

The surpluses, the official line goes, are simply driven by success of private German companies

A current account surplus happens when a country’s earnings from exports exceed the amount it spends on imports. You may be thinking: isn’t it good to run a “surplus”? Not the German kind.

The clearest side-effect of Germany’s perennial surplus is that it sucks demand from the European economy. As BMWs, aspirin and industrial robots flow from Germany to the rest of Europe, money flows into Germany. Because Germany imports significantly less than it exports, this money gets stuck, failing to return, for example, as Germans buying Italian goods or Spanish services. The scale of this is astounding. Since 2008, Germany’s surpluses have hoovered an average of €110bn (£94bn) out of the rest of Europe each year, according to data from Germany’s central bank.

But this economic strategy is no more successful back home. Because Germany imports so little, other European countries cannot earn enough to pay for German exports in a sustainable manner. Instead, this debt is paid by borrowing from, or selling assets to, German lenders and investors. In 2017, for example, households and firms in other EU countries owed half a trillion euros to German banks and their subsidiaries, and the Greek state sold 14 regional airports to the German company Fraport.

This continental imbalance is clearly unsustainable: both stockpiles of assets and the patience of lenders eventually run out. At this point, an “adjustment crisis” will occur: unless Germany is willing to run large deficits to allow other countries to repay their debts, German banks will face losses as loans are written down, and Bavarian factories will idle as customers can no longer afford their orders.

The German government’s response has been to brush the problem under the carpet: the surpluses, the official line goes, are simply driven by success of private German companies. Accurate or not, this response is largely beside the point: what matters are the consequences, not the causes, of Germany’s export surpluses.

It would seem, then, that a European strategy is necessary: the French president, Emmanuel Macron, and others, for example, have called for fiscal transfers to rebalance the European economy. But this wouldn’t work. Even within countries, permanent transfers from rich to poor regions can spark a toxic mixture of arrogance among payers and resentment among recipients. For an example of the former, look no further than the Northern League, whose roots lie in Italy’s rich northern regions and their discontent at perennially financing subsidies for the south.

So what do we propose the German government does? Facilitate a rise in the wages of its own workers: 5% real growth for five years in a row would amount to a tripling of recent wage growth rates.

Why will this work? Increasing wages increases consumption. Because 22% of consumption is imported in Germany – and because increasing wages doesn’t increase exports: if anything, the opposite – Germans having more money in their pockets will lead to them buying more foreign goods, reducing the current account surplus.

This won’t be easy to execute. There is a deep bipartisan consensus in Germany to maintain the status quo. The current account surplus actually worsens German economic inequality – the export industry profits tend to accrue to a small group of people, as the International Monetary Fund has shown – but this inequality doesn’t affect the ruling Christian Democratic Union (CDU) and Social Democrats’ (SPD) core voters: business-owning families and unionised workers.

There are signs of hope. The consensus behind balanced budgets – a key plank of Germany’s low-demand, low-import strategy – is fraying, with both industry and experts calling for additional spending. The grand coalition, once commanding two-thirds of the German electorate, has been reduced to a narrow majority, and both SPD and CDU are reassessing their economic platforms.

In any case, history suggests the task is too urgent to founder on economic dogmatism. As the historian Adam Tooze shows in his book The Deluge, perennial US export surpluses were the ultimate cause of inter-war economic instability: unable to earn surpluses, the UK, France, and Germany were dragged down by their daisy-chain of first world war debt, and could remain afloat only via ever more loans from the US. When American credit dried up in 1929, the Great Depression ensued, with political consequences that do not need retelling here.

Today, as then, an alternative path is possible: boost wages to restore balance. Whether or not this path will be taken is unclear: Germany’s addiction to exports casts doubt over it – but her awareness of her own history inspires hope.