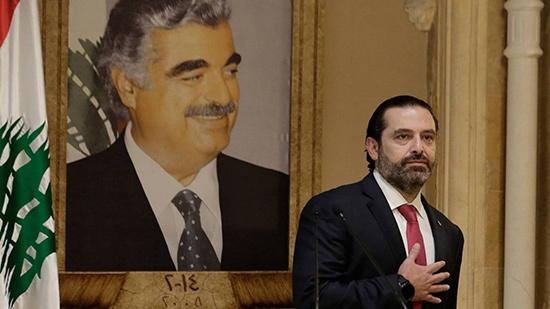 Saad Hariri resigned on October 29 in the wake of a popular uprising against the ruling elite, which has governed over Lebanon for the past 30 years.

BEIRUT: Caretaker Prime Minister Saad Hariri has taken himself out of the running to head the next government, urging President Michel Aoun to begin parliamentary consultations to appoint a new premier.

Hariri accused his rivals of being in a “state of chronic denial” and refusing to acknowledge the dire economic threats facing Lebanon.

“It is clear that what’s more dangerous than the severe economic crisis Lebanon is going through is the state of chronic denial that has been expressed on many occasions over the past weeks,” Hariri said in a statement issued Tuesday.

Hariri announced that he is steadfast in “the belief centered around not me, but someone else,” in reference to reports that he was hindering the formation of the Cabinet.

The embattled prime minister had faced severe opposition to form a Cabinet comprised solely of independent technocrats, which he says is the “only solution moving forward to the severe economic crisis.”

Hariri resigned on October 29 in the wake of a popular uprising against the ruling elite, which has governed over Lebanon for the past 30 years.

Sources also told Annahar that Aoun will kick off binding parliamentary consultations on Thursday, maintaining that any government will be tasked solely with tackling the many ailments currently facing Lebanon.

The Cabinet will include both technocrats and political figures, the sources said, signaling that Hariri’s approval of the future premier is still being sought.

The Free Patriotic Movement, along with their Shiite allies Hezbollah, have rejected the formation of a completely independent government, seeking instead a “techno-political” Cabinet.

Sources say Hezbollah’s tight grip on the Cabinet and its determination to be included stems from fear of a potential isolation and a scheme to remove its military arsenal.