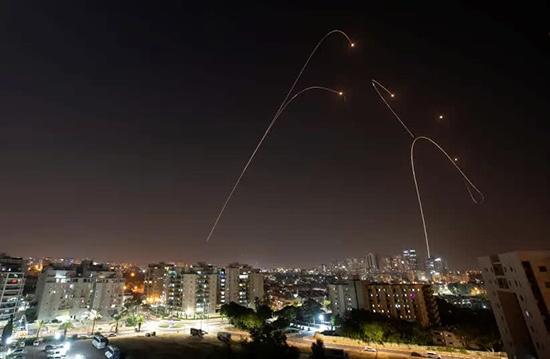 Earlier, rocket sirens were heard in Gaza Border communities and the southern city of Sderot.

A new round of attacks against Hamas terror targets, including an underground facility, was carried out by the Israeli airforce on early Wednesday morning, the IDF Spokesperson Unit said, adding that it considers Hamas as responsible for anything happening inside Gaza and any attack against Israel.

On late Tuesday night, the IDF struck targets in southern Gaza after rockets from the Strip were fired into southern Israel earlier in the day.

A weapon factory was among the Hamas facilities targeted in the attack, the IDF confirmed.

The IDF Spokesperson Unit also said that a red alert that went off in the Ashkelon Regional Council around midnight was not caused by rocket fire. It is believed to have been caused by anti-aircraft fire towards Israeli planes carrying out the retaliatory strikes.

The Ashkelon Municipality later said that no projectile had fallen in the city following an inspection by security forces following the alarm.

The Home Front Command also reported a malfunction in the Red Alert system on Tuesday evening. They later said that the system was back to be fully operational.

Earlier on Tuesday evening, rocket sirens were heard in the south of the country in Gaza Border communities and the southern city of Sderot.

wo rockets were fired at Israel from the Gaza Strip, IDF Spokesperson said, one rocket was intercepted by Iron Dome,

This attack arrives weeks after hundreds of rockets were fired at the Jewish State by Palestinian Islamic Jihad after Israel eliminated its leader in a targeted strike.

Blue and White Chairman Benny Gantz wrote on his Twitter account on Tuesday night that “instead of organizing protests in Tel Aviv against law enforcement institutions, Netanyahu would do well to focus on bringing security back to residents of southern Israel.”

Shortly after, Prime Minister Benjamin Netanyahu said in a statement that “we will respond firmly to any attack” and “we will continue to maintain Israel’s security on all fronts.”

“If anyone in Gaza thinks they can raise their head after Operation Black Belt, they are seriously mistaken,” he added.