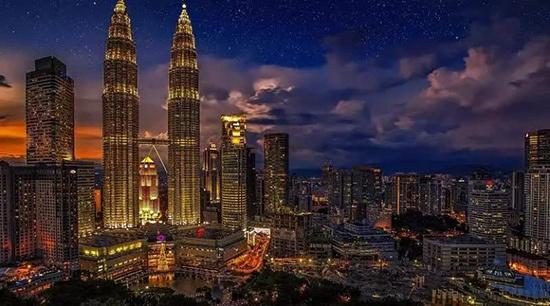 A visible and integral part of the country, they are ubiquitous across the country, travelling to and from local and internationally owned factories, on construction sites, as security guards, cleaners in office buildings and airports, waiters and cooks, in supermarkets, warehouses, retail stores, goldsmiths, and other service outlets, as street vendors and operating small food stalls.

Too often they are stereotyped by locals as ‘low caste,’ with the jobs they do regarded as untouchable. They are perceived as dirty, perpetrators of crime, and even immoral. But the fact is that Malaysia, like many other relatively prosperous countries surrounded by relatively poorer ones, has been built on foreign labor going back to pre-independence times, starting with Chinese to work in tin mining and Indians brought by the British to work in rubber and oil palm plantations. And exploitation is likely to be rife, with illegal migrants subject to physical abuse, overworked, underpaid and often cheated.

Today, according to unofficial estimates, up to 6 million foreign workers are in Malaysia, or 18.6 percent of the country’s 32.6 million population. This expatriate labor force is made up of 2.27 million legally working and another 2.5 to 3.37 million illegal foreign ones. Foreign workers represent somewhere between 31-40 percent of the total Malaysian workforce of 15.3 million, employed primarily in what is called “3D” (dirty, dangerous, and difficult) jobs in the plantation, agriculture, construction, manufacturing, and service sectors.

Foreign worker recruitment, processing, and placement is a massive business, worth more than RM2 billion (US$478 million) annually to manpower and private employment agencies. The costs of the extension process, extra charges made by private employment agencies and medical screening issues often encourage foreign workers once in Malaysia to work illegally. There is a ready market in counterfeit foreign worker cards, which would save the foreign worker RM4.5-5,000 per year in charges and immigration levies. There is an underground network in manpower agencies handling illegal workers.

In addition, many people from Myanmar, Thailand, Indonesia, and the Philippines enter illegally through the country’s porous borders by either sea or land. This is continuing today in unknown numbers, even after the 2015 discovery of the Wang Kelian transit camps on the northern border with Thailand, in which numerous bodies of apparently murdered illegal migrants were found.

The manpower business has no code of conduct, an industry that has attracted both domestic criminal elements and high-ranking government and political figures due to the lucrative profits and low risks. Many recruiting agencies are also money lenders, pressing workers for repayments at hefty interest rates.  The agencies have strong leverage over workers families at home, if loan payments fall behind.

The brother of former deputy prime minister Zahid Hamidi was alleged to have created a manpower monopoly  in which only one company could get worker approvals. Another report claimed that up to RM9,500 in bribes was necessary per worker approval. The Nepali Times last year claimed that a nexus of top Malaysian and Nepali politicians, bureaucrats, and businesspeople set up a system where all Nepali migrant workers had to take a biometric test through an approved company run by the syndicate. This report also linked Zahid, who is now facing charges, to the scam.

It is not just the debt burden that is placed upon foreign workers before they arrive. They often work in horrid, sub-standard, dangerous conditions, with temperatures soaring into the 40s C.

Injuries and lost limbs are a common occurrence. It has been reported that an average of two Bangladeshi workers die in workplace related accidents each day. There have been numerous cases of mental and physical abuse – not just the workplace. There have been numerous cases of torture, cruelty and sexual abuse of domestic maids, which have at times strained diplomatic relations between Malaysia and Indonesia.

The Guardian reported on December 9, 2018 that foreign workers in multinationals manufacturing in Malaysia are forced to work overtime each day with no weekly days off. Their living conditions are often cramped and over capacity, with employers deducting around 20 percent of wages to pay for food and accommodation.  They are often not paid what was agreed in their home countries. In some cases described Asia Sentinel, employers even send them home without paying them.

Some come without permits, on social visit passes to work in shops, food stalls, restaurants, entertainment outlets, and massage parlors. When raided, they face fines and jail before being deported, while the employer gets away without any legal censure or penalties.

Unscrupulous employers take possession of workers’ passports on the premise of safekeeping, but it is really to give employers leverage to threaten any worker with deportation. Workers are not allowed to leave the workplace and have no way of seeking help against abuse.

Although foreign workers are legally protected by Employment Act 1955, just like Malaysian workers, no government agencies check their welfare. There are also no formal legal channels for them to bring up work grievances or make complaints. Thus, workers have no way to enforce the terms of their contracts. Trade unions don’t represent them and any problems may be left to diplomats from respective embassies, usually when it’s too late.

On October 1 the US Customs and Border Protection (CBP) issued a Withhold Release Order (WRO), banning the import into the United States rubber gloves manufactured by WRP Asia Pacific Sdn. Bhd, on the basis that products being produced by WRP are produced by forced labor where workers were subject to passport confiscation, illegal withholding of wages, and restricted freedom of movement.

This is of concern to Malaysia, which supplies 63 percent of worldwide demand for rubber gloves, over the possibility that this ban could be extended to other manufacturers who are employing the same labor practices.  Indications are that the industry has become defensive about the issue of foreign worker exploitation rather than seek to reform the situation.

Malaysia’s dependency on foreign workers also has a number of other social and economic implications. The country faces a youth unemployment crisis, with almost 1.5 million youths either unemployed or not working by choice. Part time work by youths in developed countries is considered part of self-discipline building, experience, interpersonal skills, and a rite-of-passage to other vocations in life. In some respects, it’s part of a person’s education, which is missing in Malaysia.

This refusal to take part in entry-level jobs has an effect on national creativity and innovation. Entrepreneurship research clearly identifies a higher propensity for enterprise start-ups where someone has industry knowledge and experience. Without Malaysian youths in a wide array of service jobs, the potential for youths to discover entrepreneurial opportunities is greatly diminished. Innovative start-ups in Malaysia today are far behind those in Singapore, South Korea, and Indonesia.

The availability of low-skilled and low-cost imigre labor is a great disincentive to firms improve productivity and competitiveness. Even with massive efforts through universities to create a high skilled, high technology economy, Malaysia is still known as a low skilled, labor intensive, low productivity investment destination.

Foreign workers minimize their expenditure, sending home 50-70 percent of what they earn, remitting RM36 billion annually. At just under 3 percent of national GDP, this drains the local economy of consumption expenditure. The contribution of foreign manufacturing companies on tax holidays employing foreign workers who remit most of their income to the Malaysian economy is an issue that needs deep policy considerations.

Foreign worker policies have been ad hoc and ever changing, sometimes for the benefit of highly placed politicians. Latheefa Koya, the Chief Commissioner of the Malaysian Anti-Corruption Commission, has charged that the industry is full of corruption. Talk about moving responsibility from the Home Ministry to the Human Resources Ministry, hower, will achieve nothing without a thorough policy review of labor requirements, conditions, and the costs and benefits of foreign workers. The planned insuring of foreign workers for employment-related injury starting January 1, and talk of the Malaysian Trade Union Congress to represent foreign workers is too little, too late. Policing the industry with a code of conduct, inspecting foreign workers workplace conditions, putting in a grievance mechanism, and reforming the visa system should be high priorities.

Although foreign workers provide undeniable benefits to Malaysia, as they do across the world, the costs have to be considered. Procurement, contribution to the local economy, exploitation, international reputation, industry productivity and innovation, employment opportunities for locals, and raising wages to more realistic levels need consideration. For Malaysia to move from the low-wage, low-skill, and low productivity position it currently occupies to a much more competitive economic position depends directly on reforming the foreign labor sectorOriginally published in the Asia Sentine