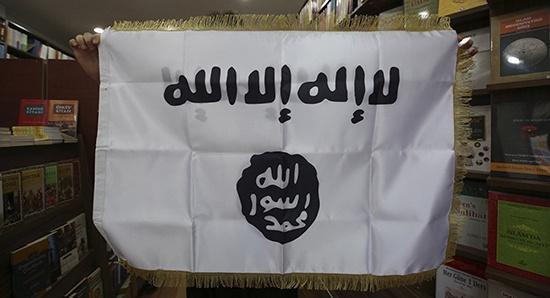 A recently-passed law enables Denmark’s immigration minister to revoke the passports of citizens who have fought for militant groups abroad. Individuals can appeal against the decision through the courts.

The Danish government has for the first time applied its newly-passed law and effectively withdrawn the national passports of two “foreign warriors”, which is the Danes’ official parlance for jihadists.

The law allows the authorities to strip terrorists who have been abroad of their Danish passports without a court order, as long as they have dual nationality, so that they don’t end up stateless.

The first of the two cases features a 25-year-old man raised in Albertslund, greater Copenhagen. He has been wanted by the Danish police for terrorism, and has been imprisoned in absentia since 2016, Danish Radio reported. The man was featured in leaked Daesh* documents from 2016, according to which he joined the terrorists in September 2013 under the alias Abu Osman.

The man’s lawyer, Mette Grith Stage pledged to appeal the decision at the Copenhagen District Court, calling it “strange” in legal terms.

Withdrawing the man’s Danish citizenship, she argued, would place him outside of the jurisdiction of the Danish authorities for his actions in other countries. However, the authorities also believe he should be prosecuted in Denmark, given the fact that he has, at the request of state prosecutors, already been remanded in custody in absentia. Stage stressed that Denmark cannot prosecute a Turkish citizen for joining Daesh and wondered whether the case will eventually be closed.

“I now want to know if the prosecution authority will give up the case,” Stage said.

The other case involves a young woman suspected of joining Daesh’s “caliphate” in Syria. It is unclear whether she was formally charged with terrorism and whether she has a lawyer at all.

Immigration and Integration Minister Mattias Tesfaye of the ruling Social Democrats confirmed that he was looking into four cases involving the withdrawal of passports from jihadists. According to the new law, the minister has the final decision on whether to withdraw citizenship. The law has attracted criticism from human rights activists and legal professionals, as it makes it possible to deprive citizenship administratively, that is without a trial.

Tesfaye said he was satisfied that the law has come into force so that people whom they Danish state wishes to bar from entering the country will stay outside. He didn’t offer any estimate on whether more cases should follow.

“If there is a basis for starting a new case, then of course we will do it. But it’s not in the hundreds of people we’re talking about,” Tesfaye told the newspaper Politiken.

At least 150 people have left Denmark for the Middle East to join the jihadists’ cause since 2012, according to an estimate by the Danish Police Intelligence Service (PET). About 40 of them are believed to still be in the region, while about a third of the Danish jihadists are believed to have returned. Over a dozen have been indicted in Denmark so far.