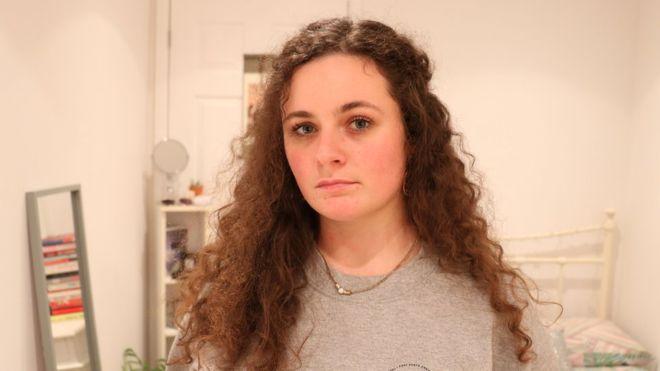 Violence during consensual sex has become normalised, campaigners have warned.

It comes after more than a third of UK women under the age of 40 have experienced unwanted slapping, choking, gagging or spitting during consensual sex, research for BBC Radio 5 Live suggests.

Of the women who had experienced any of these acts, wanted or otherwise, 20% said they had been left upset or frightened.

Anna, 23, says she has experienced unwanted acts of violence during consensual sex on three separate occasions, with different men.

For her, it started with hair pulling and slapping. Then the man tried to put his hands around her neck.

“I was shocked,” she said, “I felt extremely uncomfortable and intimidated. If someone slapped or choked you on the street, it would be assault”.

It wasn’t until Anna spoke to her friends about it that she realised how common it was.

“From then on, pretty much all the guys would try at least one, if not multiple combinations, of these acts.”

On another occasion, she says she was choked by a man during sex – without consent or warning.

Anna, who graduated from university this year, also says she had a partner who handled her so forcefully, that she was left bruised and in pain for days.

“I know some women will say they like this. What is problematic is when men assume that every woman wants this.”

Research company Savanta ComRes asked 2,002 UK women aged between 18 and 39 if they had experienced slapping, choking, gagging or spitting during consensual sex, and if it was ever unwanted. The sample was weighted to be representative of all UK women by age and region.

More than a third (38%) had experienced these acts and said they were unwanted at least some of the time, while just under two-thirds of women had either experienced it and said it was never unwanted (31%), or they had no experience, didn’t know or preferred not to say (31%).

The Centre for Women’s Justice told the BBC the figures showed the “growing pressure on young women to consent to violent, dangerous and demeaning acts”.

It said: “This is likely to be due to the widespread availability, normalisation and use of extreme pornography.”

Adina Claire, Acting Co-Chief Executive of Women’s Aid, said it indicated “how frequently sexual violence is being experienced by women under 40, with partners they consent to have sex with going on to humiliate or frighten them.

“Consenting to have sex with someone does not lessen the seriousness of slapping or choking someone.”

‘Emma’ is in her thirties and had just come out of a long-term relationship when she had a one-night stand.

“We ended up in bed and during sex – without warning – he started choking me. I was really shocked and felt terrified. I didn’t say anything at the time because at the back of my head, I felt vulnerable, like this man could overpower me.”

She also puts this down to the influence of pornography.

“It felt like this was stuff he had seen online and wanted to play out in real life.”

The research also suggested that of those who had experienced slapping, choking, gagging or spitting during consensual sex, 42% felt pressured, coerced or forced into it.

Steven Pope is a psychotherapist specialising in sex and relationships.

He told 5 Live that he deals with the negative impact of the rise of acts of these kinds “day in, day out”.

“It’s a silent epidemic. People do it because they think it’s the norm but it can be very harmful. What we see is that for many, it devalues the relationship but – at its worst – violence becomes acceptable.”

He is concerned that those who engage in these acts are not aware of the risks.

“People come to me when they’ve had ‘near misses’; when strangulation or ‘choking out’ has overstepped the mark, and they were unconscious for a long time.

“The thing with strangulation is that it’s always high-risk, but that’s literally the last thing people are thinking about.”

“I regularly hear from women who had been choked, slapped, spat on, verbally abused and punched by men they were having otherwise consensual sex with. In many cases women weren’t initially able to recognise this as the traumatic assault it is.”

She set up a campaign group, We Can’t Consent to This, after she noticed a rise in the number of cases where women had been killed during a so-called ‘sex game gone wrong’ – and where consent was used as a defence or mitigation.

Anna said sex has become “very male-centric… It has become so ‘pornified’, there isn’t much in it for women.”

The research comes in the wake of recent cases that have heard defences of “rough sex’ – such as that of murdered British backpacker Grace Millane.

If you have been affected by sexual abuse or violence, help and support is available at BBC Action Line.

You can hear more about this story with Emma Barnett on BBC Radio 5 Live on Thursday 28 November from 10:00 GMT. Listen on BBC Sounds.