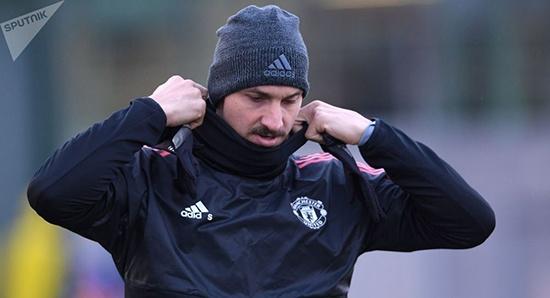 The statue honouring Zlatan Ibrahimovic, who is seen as Sweden’s greatest footballer of all time, was erected by Malmö, Zlatan’s home city, only a month ago. Today, he is seen as “traitor” and “Judas”.

After Zlatan Ibrahimovic crossed the fans of his old club Malmö FF by buying a stake in rival club Hammarby, his statue in Malmö has been vandalised several times.

Over the course of Wednesday, it was attacked with sparklers, adorned with a toilet seat and spray-painted with offensive inscriptions and death threats.

At 1 p.m., someone had attached a toilet seat to Zlatan’s arm. Later it was re-arranged to resemble a halo. Still later, Zlatan’s head was draped in a plastic bag alongside the sign “Soon to move to Ztockholm Zouth”. At 8 p.m. on Wednesday evening, the police were alerted that the statue had been exposed again, this time to a more serious disfigurement.

​“We have been alerted that someone had spray-painted it”, police spokesman Jimmy Modin told Expressen.

Not only the statue itself was painted, but a death threat appeared at its foot: “Die, Gypsy” (Zlatan Ibrahimovic isn’t of Romany origin; he was born in Malmö to a Bosniak father and a Croat mother).

Ibrahimovic’s recent investment in Hammarby, the historic nemesis of his former club Malmö FF, is widely seen as a betrayal by his fans. While fears of vandalism were voiced before, Zlatan himself didn’t show any signs of concern.

“Zlatan previously said that he was not afraid, as he had all of Rosengård [one of Malmö’s immigrant-heavy districts] to protect it”, sculptor Peter Linde previously told Expressen.

This week, 38-year-old Ibrahimovic acquired one-fourth of Stockolm’s Hammarby and posted a video of his name appearing on Hammarby’s T-shirt.

Ibrahimovic said it felt “amazing and exciting”, stressing he was looking forward to a completely different project working with football from a different angle.

However, the prolific scorer’s recent strike angered many people in Malmö.

“It’s a shame for Zlatan. Now he has burned all bridges to Malmö FF. He is no longer the model he was before for the club’s fans,” Kaveh Hosseinpour, the chairman of Malmø FF’s fan club told national broadcaster SVT.

In no time, a petition was started to remove Zlatan’s, or as the authors put it, Hammarby owner’s statue, from Malmö, gathering over 6,000 signatures. On social media fans minced no words, as they called their former hero “Judas”.

Ibrahimovic went on to become one of the most prolific scorers of his era and the most decorated Swedish footballer of all time. He is also known for his larger-than-life persona and his habit of referring to himself in third person.