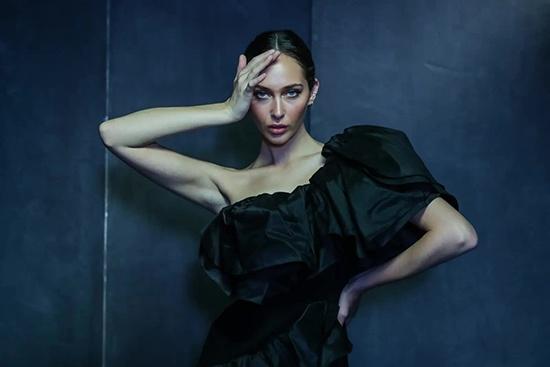 Toni Maticevski has been called many things, including the “ultimate artisan” in Australian fashion, and the country’s most “over-achieving designer”. He’s also not afraid to speak his mind, on issues ranging from intellectual property theft to his own battles in business.

Model Rel Crawford in a design by Toni Maticevski, who will star in the Grand Showcase at VAMFF in March.Credit:Simon Schluter

It’s this roundedness, encapsulating the commercial and the creative, that has earned Maticevski the Virgin Australia Melbourne Fashion Festival’s highest honour for 2020, the Grand Showcase.

The solo show, which is “gifted” to the featured designer at a rough cost of $250,000, is bestowed upon one designer each year. Previous recipients include Carla Zampatti and Ginger and Smart.

“I like showing in Australia, it’s always really nice to have a home audience. It makes the show even more special,” said Maticevski, whose runway efforts have been focused on Paris for several years.

In fact, the Yarraville-based designer, who won the festival’s National Designer Award for emerging talent in 2002, will only arrive back from Paris a week before staging his biggest runway show to date. Coming off 12 months that included switching from Myer to David Jones, launching accessories and fighting for law reform to better protect him and other designers from copycats, the designer says he’s feeling surprisingly relaxed.

“It has been a big year – they are milestones that usually would encompass me more than I have let [them],” he said. “For the first time in a long time, I am able to switch into my business head and not run with my heart on every platform.”

After lashing out at an alleged copycat on social media mid-year, Maticevski is taking a more considered approach. “With law changes, that’s how I will attack it, rather than going for a direct hit to someone. Because you are not protected, it just becomes a volatile engagement for no win.”

While in 2012, Maticevski staged a retrospective show at VAMFF, the Grand Showcase will be more forward looking, he says.

“[That was] one of those periods when I stepped back from the label and really started assessing where I was wanting to take it … As a young designer you get swayed and talked into things; you are led by opinion and other people’s experiences. At that point, I thought, I guess I have to do it my way because I am the only one who knows that … It was a wake-up call to trust myself.”

VAMFF boss Graeme Lewsey said anointing Maticevski for the Grand Showcase aligned with the festival’s focus on elevating emerging designers. He said Maticevski is the consummate “over-achieving designer who is capable of delivering both the commercial, ready-to-wear, and bespoke couture. There is no one [better] who could help share that vision and sense of hope for our fashion industry than Toni.”

And despite the recent collapse of the Perth and Adelaide fashion festivals, Lewsey assures the not-for-profit VAMFF is “extremely healthy. We could not be more relevant right now. We have always … delivered production values that exceed expectations … It’s all coming back to consumers having the power. We know our runway shows are world class.”

Melissa Singer is National Fashion Editor of The Sydney Morning Herald and The Age.