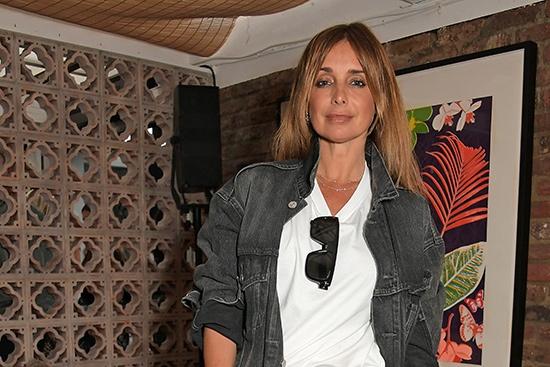 Posing for the mirror selfie in a skin tight, puff sleeve, floral dress, the former Eternal star smouldered for the camera while rocking a pair of killer hoop earrings and wearing her hair in an edgy up do.

As she headed out for the evening to host the event for Togther For Short Lives, a children’s charity that raises money for young people who aren’t expected to live to an old age, Louise posed the outfit snap for her 662 thousand followers to see.

Obviously, she received plenty of praise for the photo, with loads of fans swooning over her red hot look.

‘Still a sort Louise. A fitty since those Eternal days and nothing has changed 👌🏼,’ one told the pop star.

‘Amazing in that dress 💋,’ chipped in a third.

Meanwhile, another commenter hinted that Louise’s ex hubby Jamie would be wowed by what he is missing, penning, ‘Jamie must be kicking himself Lou 🤣💪🏽😍😍😍😍.’

This comes after Louise opened up about her split from the football icon in an honest chat almost two years after their divorce, admitting she’s struggling to move on from the father of her two sons.

“Obviously it’s difficult. You know, if I’m totally honest any divorce especially where the are children are concerned is exceptionally sad,” she told the Express.

“And every time you talk to anyone it’s brought straight back to you.”

Jamie and Louise share 15-year-old Charlie and 11-year-old Beau, who they welcomed during their 20 year marriage.

“You want to be positive and be positive for your children. I just try to be as honest as possible and keep my head down and work hard.”