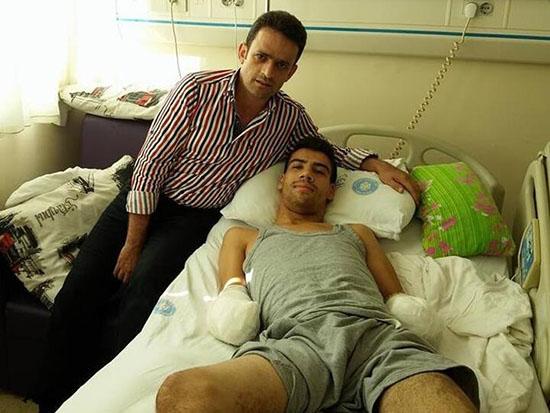 Turkish doctors on Nov. 26 transplanted two arms on a patient who had lost his limbs.

Oğuz Şimşek had lost his arms while working at a solar power installation in the Mediterranean province of Antalya four years ago.

The rare surgery took place at Akdeniz University Hospital when a donor, who had died in an accident, was found.

The 25-year-old’s six-hour-long operation was carried out by a team of 25 surgeons led by Dr. Ömer Özkan.

Şimşek was in good condition, Özkan said in a press conference, adding that it will take him six months to a year to be able to fully use his arms.

“There are no other centers and doctors in the world who have carried out such diverse transplants,” he said.

Turkey is one of the leading countries with a high number of organ transplants.

In the first 10 months of this year, a total of 7,767 organ and tissue transplants were carried out across Turkey, according to the Turkish Transplant Foundation. Those operations included 3,151 kidney, 3,038 cornea, 1,475 liver and 21 heart transplants.