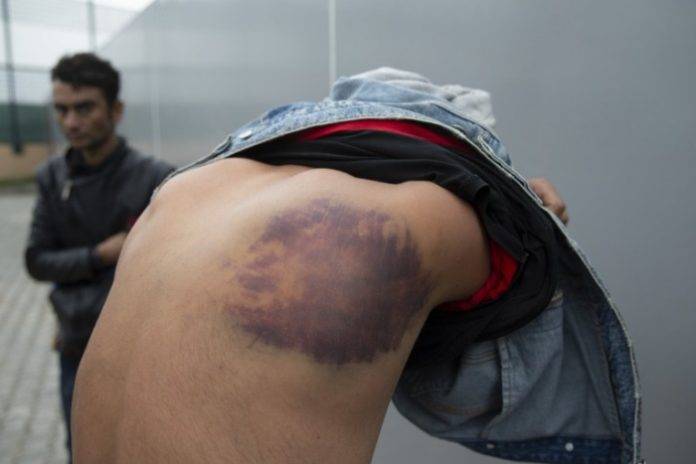 A number of migrants claimed to have been tortured and abused by Greek soldiers before being physically pushed back over the border to Turkey, Britain’s Metro news website reported on Tuesday.

The report featured pictures of a group of migrants displaying the injuries they claimed were caused by Greek soldiers.

One said he was blindfolded and burnt with a cigarette, while another said his foot ended up broken in several places. A third migrant claimed the Greek authorities confiscated his money and clothes while others said they had been hit on the head with sticks.

The allegations form part of a growing number of complaints made against Greek security forces at the border with Turkey.

In the past year hundreds of people have claimed to have been tortured and abused before being forcibly pushed back to Turkey.

Turkey alleges that this year alone Greece rejected some 25,404 migrants. While the figure has not been independently verified, there are allegations of severe abuse, which includes withholding food and water.

Greece has been struggling with the number of migrants on both the mainland and the islands. Two days ago its camps on five Aegean islands with an official capacity of 6,178 people was holding 35,590 men, women and children in unsanitary and dangerous conditions.

The Greek government has pledged tougher restrictions on migration.

Clashes and arrests as Jerusalem protests spread to Haifa, Nazareth