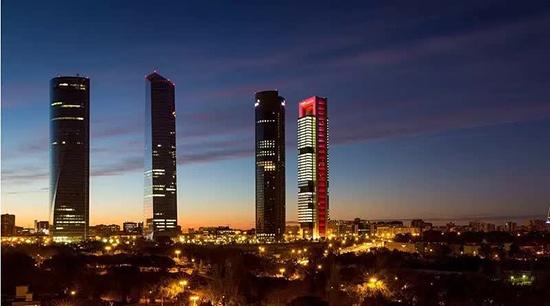 The 134 Spanish multinationals that have annual revenue of at least 750 million euros paid out 11.59 billion euros globally in 2016 by way of Corporate Income Tax – 12.6% of their global profit – which amounted to 91.85 billion euros.

Measured on an accrual, rather than on a cash basis, tax amounted to 14.26 billion euros for these consolidated groups, representing 15.5% of profits.

These figures appear in the analysis drawn up by the Tax Agency based on the information supplied by companies in informative declaration form 231 of the ‘Country-by-Country Report’ (CbCR) in relation to 2016, the first year in which this reporting obligation came into force, which seeks to gather aggregate data on these consolidated groups to exchange information between tax authorities established in the BEPS (Base Erosion and Profit Shifting) Agreements of the OECD. The study is published on the web page of the Tax Agency at www.agenciatributaria.es.

The analysis made by the Tax Agency offers the information in an aggregate form, on the 134 groups and their 16,160 subsidiaries, 10,967 of which are established overseas, to maintain the requirement of confidentiality established in the BEPS agreements.

With a vocation for transparency, the aim is to thus provide useful information for studies and analysis by the public in general, and by researchers in particular, thus contributing to the international debate on the taxation of large corporate groups, on how to distribute this among the countries in which they operate and on the establishment of tax bases.

The analysis made affects groups with a Spanish parent that globally turned over 934.41 billion euros in revenue in 2016, with net global profits by the companies to the CbC amounting to 91.85 billion euros.

The tax paid by these 134 groups amounted to 11.59 billion euros in cash accounting terms. The results show a wide dispersion of effective tax rates on profits. The statistics show that just 43 multinationals accounted for 49.1% of the profits of the whole group and yet they only accounted for 10.5% of the total quota paid by multinationals as a whole.

The CbC analysis was also made in terms of accrued tax. Tax accrued and tax paid do not coincide since the criteria for their calculation is different.

For accrued tax, the amount is the tax payable for the tax year 2016, comprising the sum total of payments on account and the differential from the same 2016 tax year. In contrast, the tax actually paid is the combination of payments on account for 2016 and the differential from the tax year 2015. This difference means, for example, that the tax credits applied which are included under one heading or the other (accrued or paid) are different.

Differences between Spanish statistics and the CbC

This study complements the information published by the Tax Agency on the figures declared under Corporate Income Tax by Spanish individual companies and consolidated groups.

To date, the Tax Agency has published statistics on the figures declared for Corporate Income Tax in Spain, which presents the effective rates that companies and groups are taxed at in our country, calculating these rates both on tax bases and on the accounting results declared, also including in the later revenue obtained overseas which may have been taxed in other countries.

At any event, the information relating to the CbC is not comparable with that contained in the statistics published by the Tax Agency on taxation in Spain, since the methodologies are radically different.

The main difference lies in the concept of “profit” used by the CbC and the concept used in the consolidated annual accounts of companies published by the Spanish Tax Agency. The CbC refers to net profit; that is, after deducting losses from all the subsidiaries of a group in one tax jurisdiction.

In contrast, the annual accounts take gross profit as the reference (without taking losses into account), which is understood as the more accurate figure that is closest to the philosophy of a tax that only seeks to be levied on profits.

Since the concept of net profit is used, after deducting losses, the resulting tax rates are higher than those obtained if the CbC had included gross profit.

What is the CbC?

Country-by-country (CbC) Reporting is an informative tax declaration that must be presented at the tax domicile of residence by the parents of multinationals with consolidated group revenue in excess of 750 million euros. The information, which must affect all those subsidiaries that form part of the tax group, is presented in Spain though informative declaration form 231 and corresponds to multinationals with a Spanish parent to make this presentation.

The aim of the CbC is to gather aggregate and harmonised data from this group of large multinationals to exchange information established in Actions 11 and 13 of the BEPS (Base Erosion and Profit Shifting) Agreements so as to provide States with a global perspective of the intragroup activity of their largest multinationals.

The information provided by the parent companies of all their subsidiaries overseas for the tax year that began on 1 January 2016 includes the breakdown of the following variable for each of the jurisdictions (countries) in which they operate: