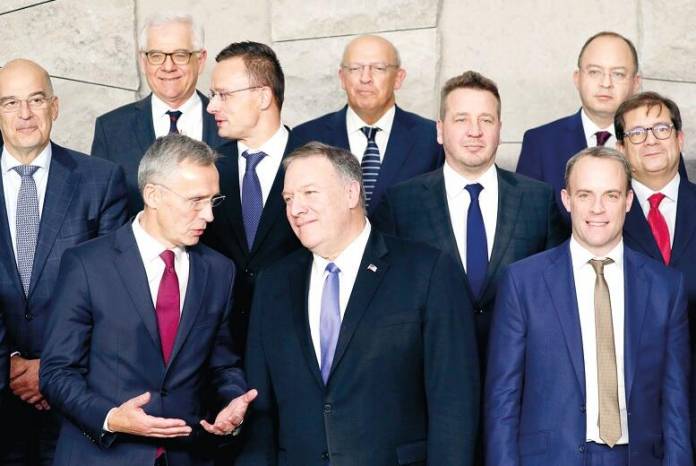 Turkey has refused a NATO defense plan for the Baltics and Poland after some alliance members, including the United States, blocked another defense document at which the YPG was mentioned as a threat to Turkey, diplomatic sources told Hürriyet Daily News.

The North Atlantic Council (NAC), the principal political decision-making body within NATO, prepared a document on possible threats posed to the south of the Alliance at a meeting of the body in Ankara. The document noted the YPG as a security threat to Turkey. However, the release of the defense document was rejected by some NATO members including the U.S.

If the plan was released, the YPG would be worded as a security threat for the first time in NATO documents.

Turkey, in retaliation, refused the release of a NATO defense plan for the Baltics and Poland until the alliance paves the way for the prior document, a senior Turkish diplomat told Hürriyet Daily News on condition of anonymity.

“If the plan involving Turkey was not released, we will not allow any others. Those who asked us at the NATO Foreign Ministers meeting for publishing the plan for the Baltics should show the same sensitivity for this document, too,” the source said.

Meanwhile, the NATO Secretary-General Jens Stoltenberg is trying to solve the problem before the alliance’s summit in December.

Stoltenberg is making efforts for a text to be accepted by all parties, the diplomatic source said. “The secretary-general is trying to find a common language. We say that we are ready for proposals,” the diplomat said, elaborating on the defense plan on Turkey’s security concerns.

If the document mentions the YPG, Washington would have to carry legal responsibility to fight against the group, therefore the U.S. objected to the plan, according to the source.

The dispute, before NATO holds its 70th-anniversary summit in London next week, is a sign of divisions between Ankara and Washington over Turkey’s offensive in northern Syria against the YPG. NATO envoys are seeking formal approval by all 29 member states for the military plan to defend Poland, Lithuania, Latvia and Estonia in the event of a Russian attack.

At a press conference with Stoltenberg in October, Foreign Minister Mevlüt Çavuşoğlu cited the dispute and said: “The plan was approved by NATO to protect Turkey and the council and it included the YPG. But some U.S.-led countries have blocked it. Documents approved by NATO included YPG / PYD.”