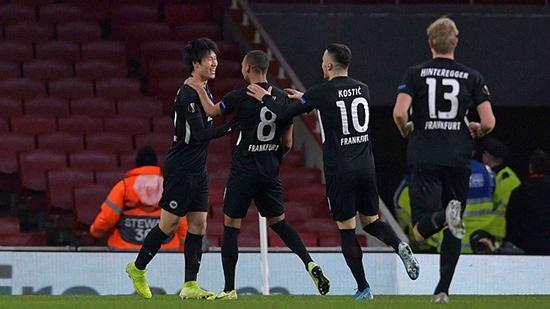 Sporting Life · Columnist
It was another tough night for Unai Emery as Arsenal lost to Eintracht Frankfurt at a half-empty Emirates to pile more pressure on his position.

A 2-1 Europa League reverse means the Gunners are now winless in their last seven games, their worst run since 1992, with Emery seemingly clinging to his job as other names continue to be linked with the post.

The Spaniard named a fairly strong side, recalling Granit Xhaka for his first appearance since he was stripped of the captaincy for swearing at supporters and naming Pierre-Emerick Aubameyang in attack.

Aubameyang would put Arsenal ahead only for Daichi Kamada to strike twice in nine second-half minutes, having scored only once in his previous 27 appearances.

Officially, 49,419 tickets were sold but in truth it was the lowest attendance in the history of a stadium that opened in 2006.

With the sparse crowd unable to create any sort of meaningful atmosphere it was up to the Arsenal players to bring the game to life and they failed to do so once again.

By the end, it was a crop of Frankfurt supporters – officially banned by UEFA from attending the game – who were being heard over the home fans, plenty of whom were airing their grievances towards Emery.

Emery’s experiment of deploying David Luiz as a defensive midfielder alongside the returning Xhaka ended prematurely when the Brazil international was forced off injured as the first half progressed.

Saka came close in the latter stages of the half but the deadlock was eventually broken by Aubameyang.

The skipper was picked out at the back post and his low shot bounced up off the boot of Ronnow and in off the crossbar.

Xhaka almost toasted his recall with a goal of his own but could only fire wide as he slipped before meeting Aubameyang’s cross on the stroke of half-time.

The hosts continued to create opportunities and almost doubled their lead moments after the restart, only for Willock to be denied by the sliding Frankfurt captain David Abraham.

Calum Chambers then blazed over the crossbar before Arsenal were made to pay for their profligacy.

Kamada was picked out on the edge of the box and curled a fine effort out of reach of the despairing Emiliano Martinez, with a number of away supporters blowing their cover by celebrating.

The mood among the home fans quickly turned sour as Frankfurt began to enjoy more of the ball.

Martinez had to make a smart stop to keep out Filip Kostic’s strike – only for Kamada to score his second in quick succession as the Japan international lashed home from the corner that followed.

It could have been worse as substitute Mijat Gacinovic broke in behind only to see his shot blocked by Sokratis Papastathopoulos as banners and songs called for Emery’s departure.

“Emery Out. No tactics, no formation, nowhere to hide,” read some of the printed posters that emerged after the second goal as some of the home fans headed for an early exit.

There would be no late salvage job this time and – although Arsenal are all but through barring a thrashing against Standard Liege – it seems less and less likely that Emery will be in charge when the knockout rounds take place. 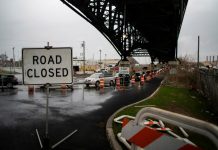