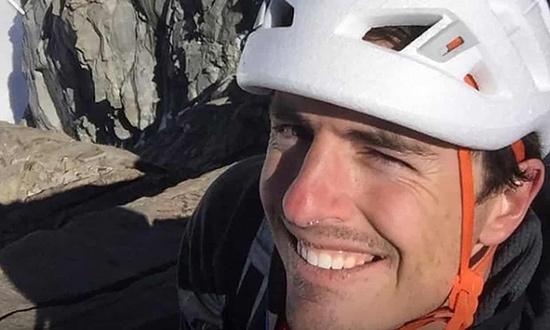 Martin Farrer and agencies –  The Guardian

One of the world’s most renowned rock climbers, the American Brad Gobright, has died after falling off a mountain in Mexico.

The fall occurred on Wednesday on an almost sheer face known as Sendero Luminoso on the El Potrero Chico peak near the northern city of Monterrey, civil defense officials said.

Gobright, who was from California, fell about 300 metres (1,000ft), the officials said.

The publication Rock and Ice described Gobright, 31, a native of Orange County, as “one of the most accomplished free solo climbers in the world” and famed for setting a speed record for climbing the Nose on El Capitan in Yosemite national park in California in 2017.

Rock and Ice said Gobright was climbing with another American, Aidan Jacobson, and were on their way down after completing the two-day climb of the extremely testing face which is rated as a 5.12 in American grades, 7a+ in European and E5 in Britain.

The pair were abseiling down the face together on the same rope, an advanced technique known as simul-rappelling, when the accident happened, Jacobson was quoted as saying.

“Brad set up the rope for a short rappel and didn’t use the middle point,” he said in a message sent to another American climber, Ryan Borys. “I tried to pull more rope on Brads [sic] side but he said he was fine. We started simul rapping and Brad rapped off his rope.”

Alex Honnold, the world’s leading free climber and who features in the Oscar-winning documentary Free Solo, paid tribute to Gobright on Instagram, describing him as a “gem of a man”.

“He was such a warm, kind soul – one of a handful of partners that I always loved spending a day with,” honnold wrote. “I suppose there’s something to be said about being safe out there and the inherent risks in climbing but I don’t really care about that right now. I’m just sad for Brad and his family. And for all of us who were so positively affected by his life. So crushing. Brad was a real gem of a man.

The civil defense office described the area as “inaccessible”.

In a statement, the office said: “We extend our sympathies and support to the rock climbing community.”