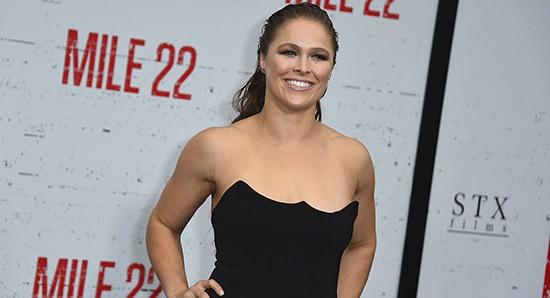 Ripped bodies, discipline, a winner mentality and outstanding fighting skills – these mixed martial artists have it all. It’s almost as exciting to scroll through their social media accounts and photo-shoots as it is to watch them facing their rivals in the octagon.

Jinh Yu Frey has been named the most attractive MMA fighter by Canadian entertainment platform Thethings.com. The 34-year-old athlete, who shot to fame at an Invicta FC promotion, has 8 victories and four defeats behind her back. Apart from keeping up her fantastic shape to fight rivals in the ring, she has continued her education, going to school for an MBA degree.

The first runner-up in the list of the strong and beautiful is Paige VanZant, who jumped into the octagon of the Ultimate Fighting Championship from the runway, as she used to model, dance and appear in commercials.

The second runner-up is Michelle Waterson, nicknamed “The Karate Hottie”. Do not let the title fool you, as she is also a successful fighter, and an Invicta Atomweight Champion.

American Brooke Mayo, who stopped one step from the podium, switched to the ring from the soccer field, attending St. Mary’s College on a soccer scholarship.

Fighting was not the first choice for number five on this list, 27-year-old Kaytlin Neil from the Legacy Fighting Alliance, who used to be a cheerleader before turning to MMA.

The list would not be full without the notorious MMA star Ronda Rousey, currently number 17 on the list. The 31-year-old athlete earned the reputation of being the most dangerous woman in the MMA, with a 12-2 record. She ditched UFC for WWE in January and later became the first woman to make it to the UFC Hall of Fame. Reports have suggested that she will not remain long in the WWE.