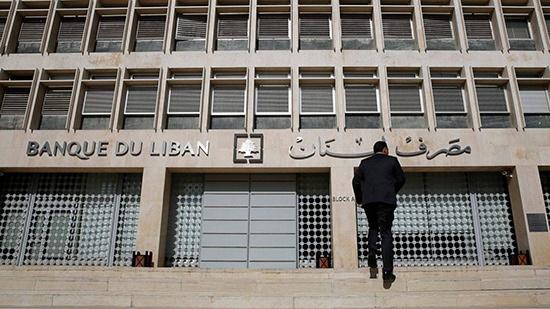 On Thursday, Lebanon paid back a Eurobond worth $1.5 billion, which proved to be a double-edged sword.

BEIRUT: Lebanon should consider the possibility of restructuring its government debt before the next Eurobonds payments beginning in March 2020, as it grapples with its most severe financial crisis since the civil war.

“The central bank has been draining its forex reserves at an increasing rate relative to previous years” Saeb El-Zein, an emerging market specialist told Annahar, highlighting the need to preserve liquidity for other essential goods.

On Thursday, Lebanon paid back a Eurobond worth $1.5 billion, which proved to be a double-edged sword. After the November maturity, there are limited payments for three months, but March to June inclusive see around US$3.4bn of principal and coupon payments on Eurobonds.

On one hand, it eased concerns of a first-ever default on its debt, on the other, it put a further strain on the central bank’s Fx reserves in the midst of a political deadlock and the lack of an action plan moving forward. According to a recent Moody’s report, the central bank still has 5 to 10 billion dollars of usable reserves.

“The government should have planned the restructuring of this bond payment and other debt a few months ago within a framework of reforms and an action plan to address the external and local twin deficits,” El Zein told Annahar. Lebanese officials, he said, must take the “necessary measures as soon as possible to avert a disorderly restructuring without the professional and experienced and credible support of organizations like the International Monetary Fund (IMF).”

These measures include formal capital controls, restructuring of the government debt, aligning the two foreign exchange rates of the U.S dollar and lowering interest rates, which would ease investor concern and generate a positive sentiment within Lebanon’s banking sector.

This would pave the way for the IMF to intervene, and in coordination with the central bank, set up the framework for a restructuring of Lebanon’s debt, estimated at $88.4 billion or 154.5 percent of GDP. Domestic-currency debt is equal to $55.1 billion (96.3% of GDP) while foreign-currency debt equals $33.3 billion (58.1% of GDP).

Commercial banks hold around $36 billion of debt, almost double the base capital of the sector.

Around $11.8 billion in Eurobonds could be held by international market participants, according to a recent report by the Bank of America.

“The IMF is a credible organization that could help stabilize the situation and Lebanon has enough time to plan the restructuring of upcoming payments with a detailed action plan,” El Zein told Annahar.

Lebanon has been gripped by nationwide protests for over 40 days, further exacerbating its dire economic condition and financial stability. Liquidity has become hard to come by, with banks implementing informal capital controls to curb the flight of capital. The unofficial nature of these measures has left room for banks to show preferential treatment for high net worth individuals funneling their money abroad.

According to the Bank of America’s report, the central bank’s Fx reserves loss was estimated at US$0.9 billion in the one week of operations for the banking sector in November, which would deplete its supply by end-1H20.

The report lays out two restructuring scenarios, with an IMF-backed program likely to provide a milder impact.

A restructuring of Lebanon’s debt would call for “a 30% front-loaded face-value cut to the existing pre-IMF pre-devaluation government debt stock … to keep government debt at the 150% of GDP level,” it notes.

A break from the peg within an IMF framework seems invertible and has already taken place given when looking at the current parallel trade market. This, according to El Zein, could have been avoided had the necessary reforms been implemented when warning signs began creeping in two years ago.

“In a report released in 2018, the IMF warned Lebanese officials of the need to implement structural reforms to curb our debt which was unsustainable,” El Zein told Annahar.

These pleas, however, fell on deaf ears as both the deficit and debt maintained their upward trajectory.

This sentiment was echoed by Nabil Fahed, the Vice Chairman of the Chamber of Commerce, Industry, and Agriculture who told Annahar that “an IMF intervention has now become a requirement to inject much-needed liquidity into the market.”

The shortage in dollar liquidity has caused a surge in black market rates, with the dollar trading at near the LBP 2000 mark, about a third higher than the pegged rate of 1,507.5.

An injection of $5 billion at the very least would relieve the pressures facing Lebanon’s banking sector, which has cut loans, credit facilities and withdrawals.

“A devaluation of around 20 to 25 percent is an acceptable level when taking into account the average of the parallel market rate,” Fahed told Annahar.

This is but the first condition of any IMF package, Fahed said, along with the total eradication of the budget deficit, the removal of all consumer subsidies including for Lebanon’s electricity sector and a push for the privatization of the viable sectors such as the telecom sector.

“This would be difficult and hard to absorb, especially the elimination of consumer subsidies for essential goods such as gasoline and wheat,” he said.

Wheat, oil and medicine, estimated to cost around $5 billion dollars per annum in imports, are the only remaining commodities being bought at the official 1507.5 rate after the central bank vowed to provide the requisite liquidity.

Days before Prime Minister Saad Hariri submitted his resignation, the embattled premier presented a reform package that sought to slash the budget deficit to 0.7 percent of GDP, which if implemented, would satisfy yet another IMF condition.

The conversation surrounding the issue has gained traction, however, with caretaker Labor Minister Camille Abou Sleiman hinting at the possibility of pursuing an IMF bailout during an interview with a local media outlet.

“Lebanon needs liquidity, and there is no one able to provide this liquidity but the International Monetary Fund,” he said, adding that “certain conditions must be met including an effective government.”

Despite the assurances of the international community, who has stated on a bevy of occasions its willingness to support Lebanon, such a prospect grows bleaker with each passing day. The much-coveted CEDRE $11 billion soft loan package has yet to see the light the day and is unlikely to be released without the implementation of necessary reforms.

“Even if an independent government is formed, an IMF program might be the only way to usher in foreign investments as it would restore investor confidence,” Daher said, highlighting Egypt as a recent example, which managed to attract investments from the Gulf after strictly adhering to the IMF bailout.

What is certain, however, is that any debt restructuring will prove no easy task, on banks, state institutions, and the Lebanese.

“It will have a huge social and economic impact and must be done very cautiously to avoid unrest,” Daher said.