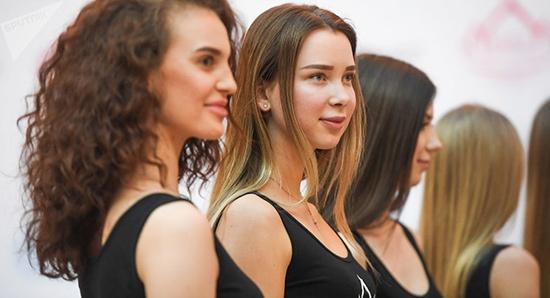 Russian women are considered to be some of the most beautiful in the world, but there are those that believe they age quite quickly in comparison to other nations.

A journalist from the Chinese portal Sohu has revealed the possible reasons behind the allegedly rapid aging of Russian women. Despite maintaining that women age more rapidly than men irrelevant of their country of origin, the media outlet claimed that Russian women age faster than their Chinese counterparts, arguing that it was marriage, genetics, and a cold climate making them less attractive with time.

“After getting married, [Russian women] place most of their energy on their husband and children”, the journalist argued, suggesting that this practice was somehow different from prevailing trends in China. He also insisted the absence of exercise after marriage and the cold climate was to blame for Russian women packing on the pounds after tying the knot.

“As we all know, Russia in the northern hemisphere is a cold place all year round. Faced with this climate, like the Chinese in the northeast, Russians are used to practical high-calorie foods such as meat and sugar”, he went on, noting that this type of diet leads to a deterioration in the appearance of Russian women, which is also complicated by their genetic predispositions.

“The most fundamental problem is genetics. Russians belong to the East Slavic ethnic group. This gives them a white skin and tall height. This is a natural advantage, but once their body rounds out, it is a disaster”, the journalist added.

The outlet concluded that these characteristics of Russian women make them less attractive for Chinese husbands, but these problems can all be addressed by following a healthy lifestyle after marriage.