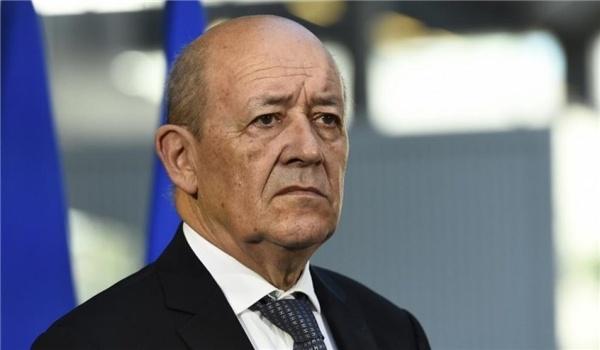 Le Drian had on Wednesday raised the possibility of triggering a mechanism in the 2015 Iran nuclear deal that could lead to the re-imposition of UN sanctions.

“Such remarks are irresponsible and unconstructive and disrupt harshly the efficiency of political initiatives to fully implement the nuclear deal by all sides in line with the nuclear deal to remove all sanctions and do approvals of the joint commission,” Iranian Foreign Ministry Spokesman Seyed Abbas Mousavi said on Thursday.

He added that the goal and logic behind the mechanism for resolving the differences foreseen in the nuclear deal is considering compensation measures for both sides, adding that (by scaling back its nuclear deal undertakings) the Islamic Republic is using its right based on the article 36 of the Joint Comprehensive Plan of Action (JCPOA).

“Therefore, under the current conditions, the nuclear deal does not allow the European sides at all to cite this mechanism against the Islamic Republic of Iran’s use of its legitimate right in response to the US illegal and unilateral measures and basic violation of undertakings by the European sides,” Mousavi said.

Under the nuclear agreement reached between Iran and six world powers in July 2015, Tehran undertook to put limits on its nuclear program in exchange for the removal of nuclear-related sanctions. The Europeans were due to compensate for the US withdrawal from the nuclear deal by paving the ground for Tehran to use the nuclear deal benefits but they have not done anything so far.