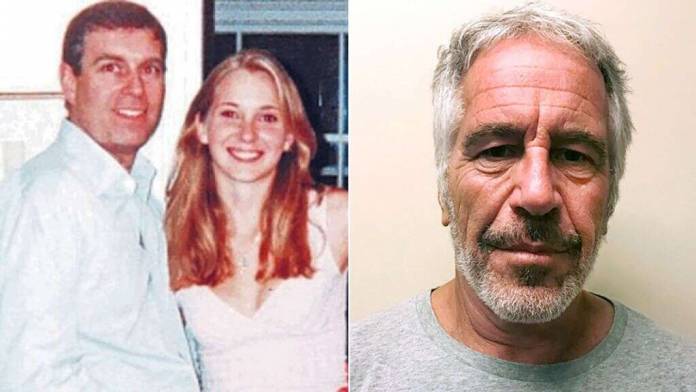 Virginia Roberts, who claims she was trafficked by convicted pedophile Jeffrey Epstein and forced to have sex with Prince Andrew on three occasions nearly 20 years ago, has responded to the prince’s denial of her allegations against him by saying: “He knows what happened, I know what happened, and there’s only one of us telling the truth.”

Roberts, now known as Virginia Giuffre, made the comment in a BBC interview that is scheduled to air on Monday. The broadcaster tweeted out a 20-second preview of the interview on Thursday.

The BBC aired an interview with Prince Andrew Nov. 14, in which the second son of Elizabeth II discussed his friendship with Epstein and the sexual assault allegations against him. The royal, 59, claimed he had “no recollection of ever meeting” Roberts, “none whatsoever.” The Duke of York also implied that a now-famous photograph showing him with his hand around Roberts’ waist was doctored.

“I have absolutely no memory of that photograph,” the prince insisted. “I’m afraid to say that I don’t believe that photograph was taken in the way that has been suggested.”

The interview has been widely considered a public relations disaster for Andrew, who announced shortly after it aired that he would be stepping down from his royal duties.

This 2001 photo shows Prince Andrew with his arm around the waist of 17-year-old Virginia Roberts. In the background is Epstein’s girlfriend Ghislaine Maxwell. (U.S. Second Circuit Court of Appeals)

Also Thursday, London’s Metropolitan Police disclosed that it had received a complaint in July 2015 accusing Epstein “and a British woman” — presumably that’s a reference to Ghislaine Maxwell, Epstein’s longtime companion — of “nonrecent trafficking for sexual exploitation.”

Roberts has claimed Epstein paid her to have sex with Prince Andrew on three occasions starting in 2001, including once in London. She says she was 17 when they first had sex.

Metropolitan Police Cmdr. Alex Murray said the department interviewed Roberts — who was not named in the statement — and consulted with prosecutors before concluding in November 2016 that it “was not the appropriate authority to conduct inquiries in these circumstances”.

“Following the legal advice, it was clear that any investigation into human trafficking would be largely focused on activities and relationships outside the U.K.,” said Murray, who added that the Metropolitan Police revisited its decision after Epstein’s death this past August and “our position remains unchanged.”

Epstein died Aug. 10 after being found unconscious in a Manhattan jail cell, where he was awaiting trial on federal sex trafficking charges. His death has been ruled a suicide.

Murray also said that London police have not received a formal request for assistance from other law enforcement agencies investigating the case.

U.S. officials are still looking into the case, and a number of civil lawsuits against Epstein’s estate are in progress.