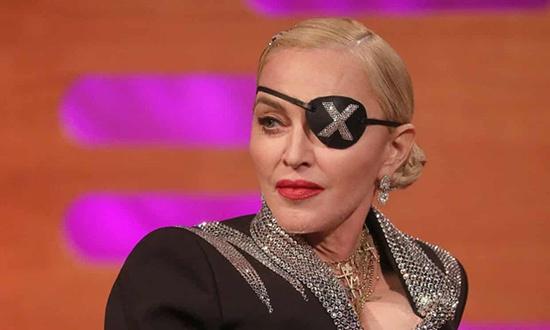 Madonna has cancelled three tour dates in Boston on doctors’ orders, due to “overwhelming pain”.

She wrote on Instagram: “Please forgive this unexpected turn of events. Doing my show every night brings me so much joy and to cancel is a kind of punishment for me but the pain I’m in right now is overwhelming and I must rest and follow doctors’ orders so I can come back stronger and better and continue the Madame X journey with all of you.”

A day earlier, she posted a video to Instagram of her “taking my usual ice bath for multiple injuries”, suggesting the exertions of the Madame X tour are taking a toll on the 61-year-old’s body.

For this tour, Madonna has eschewed huge arena spectaculars in favour of residencies at smaller theatre venues. She is next due to perform four dates in Philadelphia, starting on 7 December, and then seven in Miami. In late January she is due to begin 15 nights at the London Palladium, followed by 13 at the Grand Rex in Paris.

This week, she was accused of plagiarism by electronic musician Casey Spooner, who alleged he had been left off the songwriting credits for the Madame X single God Control, and demanded 1% of her touring revenue. She has not personally responded to the accusations.