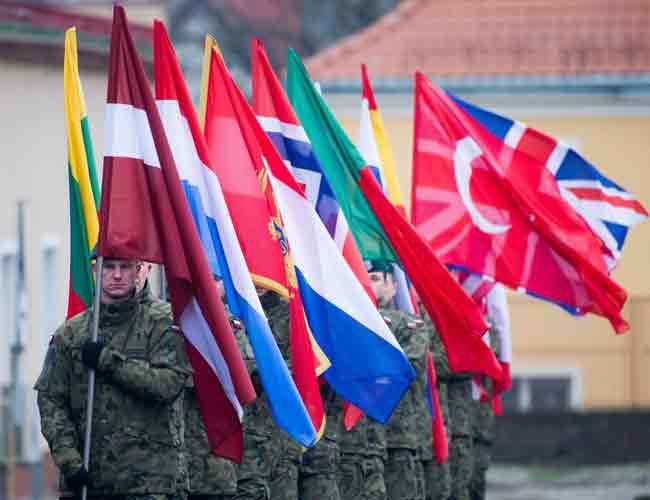 https://sputniknews.com-The core principle of NATO is that collective defence means collective spending. As one of the requirements to join NATO, an aspiring member state should be able to devote sufficient resources to allied running costs.

Just as NATO is celebrating its 70th birthday, North Macedonia is on the course to join the alliance as its 30th member. The Balkan country was forced to rename itself in order to win the approval of Greece, a NATO member, and secure its accession to the alliance.

Most countries, including the United States, have already ratified North Macedonia’s admission, and the process is expected to be finalised soon.

With a GDP of $12 billion – almost one-third of Wyoming’s – and a defence budget of 1.19 percent of GDP, which is well below the required 2 percent, North Macedonia is becoming yet another milestone in NATO’s eastward expansion.

Apart from direct contributions to the alliance, North Macedonia, like any other member state, will have to bear the costs of a move to volunteer equipment or troops to a military operation.

It is highly likely that Skopje, as a NATO newcomer and aspiring EU member with minuscule geopolitical influence, will have to abide by Washington’s push for bigger defence spending.

The previous country to join NATO was Montenegro. The similarly small Balkan state was inducted into the alliance in June 2017, eight years after being granted a Membership Action Plan.

Montenegro’s contribution to NATO this year is projected at $92 million, or about 1.65 percent of its gross domestic product – up from 84 million in 2018.

Croatia and Albania were part of the penultimate wave of NATO enlargement, which took place in April 2009. Albania has since then deployed troops to NATO’s Enhanced Forward Presence battlegroup near Russia’s borders and to the peacekeeping mission in Kosovo, as well as the Resolute Support Mission in Afghanistan.

At the London summit, Croatia is expected to publicly commit to bring its annual NATO spending to 2 percent of its GDP by 2020.

Last week, Secretary-General Stoltenberg announced that defence spending across the European allied countries and Canada had increased by 4.6 percent in real terms in 2019, marking a fifth consecutive year of growth.