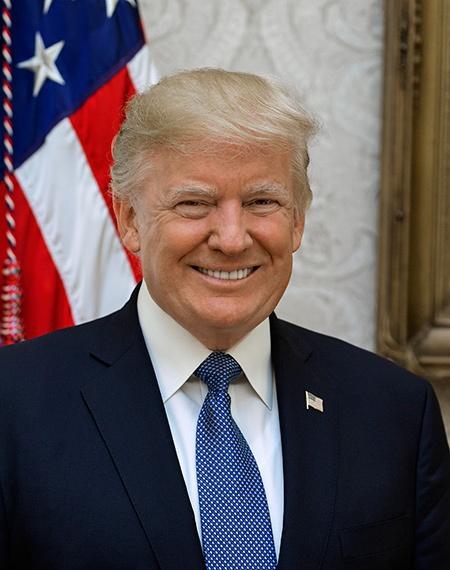 Eric Ueland, the White House director of legislative affairs, told reporters that Trump “wants his case made fully in the Senate,” previewing a strategy that will include live witnesses on the Senate floor,

The experts called by Democrats also agreed that Trump had obstructed Congress.

The White House signaled Wednesday that it will aggressively defend President Donald Trump in a near-certain Senate impeachment trial in the coming weeks, as legal experts called by House Democrats testified in a contentious hearing that Trump’s Ukraine dealings constitute an impeachable offense.

Eric Ueland, the White House director of legislative affairs, told reporters that Trump “wants his case made fully in the Senate,” previewing a strategy that will include live witnesses on the Senate floor, rather than videotaped depositions that were entered into evidence during former president Clinton’s impeachment trial in 1999.

“In this instance, we believe very strongly – given the fatally flawed process in the House – that if they were to elect against our better advice [and] send over impeachment to the Senate, that we need witnesses as part of our trial and a full defense of the president on the facts,” Ueland said, gesturing toward the Senate chamber.

Ueland was among a quartet of top White House officials, including counsel Pat Cipollone, who met with GOP senators on Wednesday as the administration continues to strategize with Republicans on the Senate proceedings. The private session – which occurred as the House Judiciary Committee held its first impeachment hearing – underscored the extent to which Trump has largely blown off the House inquiry and is focusing on a likely trial in the GOP-controlled Senate where the White House believes he will get a fairer defense and can easily win an acquittal.

As Senate Republicans and the White House plotted behind closed doors Wednesday, the 8.5-hour long public hearing in the Judiciary Committee – featuring three legal scholars summoned by Democrats and one GOP-selected constitutional expert – uncovered little new ground and served to harden the bitterly partisan impeachment fight in the House.

“Ultimately the reason the Constitution provided for impeachment was to anticipate a situation like the one that is before you today,” Feldman told lawmakers. “If we cannot impeach a president who uses his power for personal advantage, we no longer live in a democracy, we live in a monarchy or a dictatorship.”

Gerhardt testified that “if what we’re talking about is not impeachable, then nothing is impeachable.”

Karlan shared that view and stressed that giving Trump a pass would encourage future presidents to undermine elections and US national security for personal political benefit.

“Because this is an abuse that cuts to the heart of democracy, you need to ask yourselves, if you don’t impeach a president who has done what this president has done . . . then what you’re saying is, it’s fine to go ahead and do this again,” Karlan said.

The experts called by Democrats also agreed that Trump had obstructed Congress.

But George Washington University professor Jonathan Turley, the witness called by Republicans, disputed the interpretations of the other scholars, telling the committee that impeaching Trump would be a historic mistake. Turley said he voted against Trump in 2016 and has been critical of many of his policies, a point Republicans emphasized as they sought to portray him as the least biased of the experts appearing before the lawmakers.

“If the House proceeds solely on the Ukrainian allegations, this impeachment would stand out among modern impeachments as the shortest proceeding, with the thinnest evidentiary record, and the narrowest grounds ever used to impeach a president,” Turley said. “That does not bode well for future presidents who are working in a country often sharply and, at times, bitterly divided.”

Trump again blasted Democrats for their impeachment plans, while questioning their patriotism during his visit to London for a NATO summit.

Democrats are pressing ahead with an aggressive schedule that puts the House on track to vote to impeach Trump by Christmas.

That much was made clear in a closed-door meeting held by House Democrats Wednesday morning before the hearing began, where House Speaker Nancy Pelosi, D-Calif., and Intelligence Committee Chairman Adam Schiff, D-Calif., left little doubt among their members that they’ll move swiftly to impeach Trump even though Pelosi announced no firm decision or timeline.

“Are you ready?” Pelosi asked her colleagues, after describing constitutional circumstances posed by Trump’s alleged abuse of power surrounding his Ukraine dealings, as well as his subsequent decision to stonewall the House investigation into the matter.

The caucus, according to multiple members who attended, erupted with shouts of approval.

While Senate Republicans prepare to aggressively defend Trump in the trial that would follow a vote to impeach in the House, the details of how the proceeding will be conducted still need to be worked out.

The White House officials who met with GOP senators Wednesday offered few specifics of how they would like the trial to be structured and what witnesses should be called, according to senators, even as they repeatedly stressed why they believed the impeachment developments in the House were flawed.

Republican senators acknowledged they would not know much about how the trial would unfold until the House drafted articles of impeachment and voted on them. Reflecting that uncertainty, the Senate floor schedule released Wednesday for 2020 doesn’t start until Feb. 1.

“The only thing I know for sure is that nobody knows what we’re doing in January yet,” said Sen. Kevin Cramer, R-N.D.

Elsewhere in the Capitol, House Republicans held their own pep session with Vice President Mike Pence, who encouraged the GOP rank-and-file to “turn up the heat” on House Democrats and accuse them of focusing on impeachment instead of solving the nation’s problems.

“The vice president was clear that he was proud of how the House Republicans have stood together on the impeachment inquiry but wanted to remind us that in our discussions back home, we need to talk about things that are not happening because House Democrats are consumed with impeaching the president,” said Rep. Steve Womack, R-Ark., pointing to legislation to curb prescription drug costs and a pending trade agreement with Canada and Mexico.

House Republicans came to the Judiciary hearing prepared for a fight, putting up several motions intended to delay the proceedings and create chaos in an efforts Democrats wanted to portray as a sober and solemn event.

Among the GOP requests that were put up and subsequently rejected were a motion to delay the hearing to a later date, to call on Schiff to testify and to subpoena the anonymous whistleblower whose complaint about Trump’s efforts to pressure Ukraine led to the impeachment inquiry.

Both sides left the hearing giving little indication the arguments made by the professors had changed any of their opinions.

House Judiciary Committee Chairman Jerrold Nadler, D-N.Y., said at the end of the proceeding that his test for whether Trump should be impeached had been met – he committed an impeachable act and the offense represented a “direct threat” to the constitutional order.

The White House called the hearing a bust.

“Today was a good day for President Trump, and a bad day for the Democrats,” Grisham said in a statement Wednesday night. “The only thing the three liberal professors established at Chairman Nadler’s hearing was their political bias against the President.”

Aside from debate over the constitutional merits of the Democrats’ impeachment push, Republicans also focused on a controversy created when Karlan injected the president’s youngest son, Barron, into her testimony.

She quipped that “while the president can name his son Barron, he can’t make him a baron,” and fierce criticism from the White House, first lady Melania Trump and the president’s reelection campaign immediately followed.

“A minor child deserves privacy and should be kept out of politics,” Melania Trump tweeted. “Pamela Karlan, you should be ashamed of your very angry and obviously biased public pandering, and using a child to do it.”

Near the end of the hearing, Karlan apologized for her remarks about the 13-year-old.

“If I can just say one thing, I want to apologize for what I said earlier about the president’s son,” she said. “It was wrong of me to do that. I wish the president would apologize, obviously, for the things that he’s done that are wrong. But I do regret having said that.”