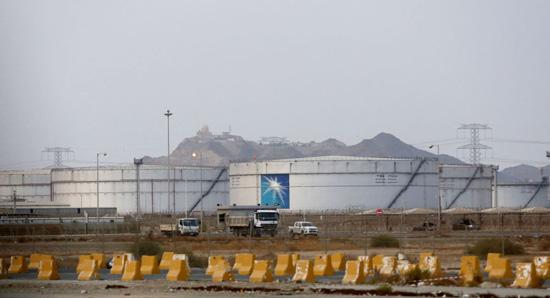 Oversubscribed listing in Riyadh of 1.5% stake in state oil company will value it at $1.7tn

Aramco’s initial public offering will be smaller than expected due to investor concerns about Saudi Arabia. Photograph: Hamad I Mohammed/Reuters

Saudi Aramco is poised to achieve the biggest initial public offering in history next week by raising $25.6bn (£19.4bn) for the Saudi state in its market debut.

The state-owned oil business will emerge as the world’s most valuable listed company after valuing its shares at 32 riyals ($8.53) apiece before its float on Riyadh’s stock exchange next week.

At this price the mega-float would exceed the record $25bn debut of the Chinese online retailer Alibaba to make Aramco’s IPO the biggest in history.

The listing would also topple Apple as the world’s most valuable listed company by valuing Aramco’s total market worth at $1.7tn. Apple is valued at $1.17tn.

Aramco confirmed the price of its shares late on Thursday before the start of trading on 12 December.

The record-breaking market listing is towards the higher end of Aramco’s recent expectations but it still falls well short of the ambition of Crown Prince Mohammed Bin Salman to value the country’s economic crown jewels at $2tn.

The prince revealed plans to sell a stake of the world’s most profitable company in 2016 as part of his plan to modernise the Saudi economy, but the IPO’s ambition has been steadily scaled back in recent months.

Aramco plans to list just 1.5% of the company on the local Tadawul stock exchange after marketing the float almost exclusively to investors in Saudi Arabia and the Middle East.

It was originally expected to sell about 5% through a dual-listing on the Saudi market and on a major international stock exchange.

The IPO lost the support of international investors, which are sceptical of the company’s valuation. Investors are also wary of Aramco’s close ties to the Saudi regime, which is embroiled in geopolitical conflict and whose behaviour has raised human rights concerns.