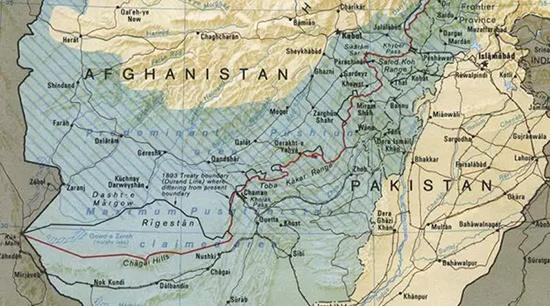 Historically, Afghanistan facilitated intercontinental trade, military moves and maneuvers of great powers and rulers. Emergence of the independent Central Asian states and the natural resources hidden in the Central Asian region which became globally known in the 1990s contributed to the sudden rise of the region’s importance not only for the Americans but for other major powers as well.

In this larger context, Afghanistan began to be considered not only central to the major powers’ plan for reviving the Silk Route of past, it was deemed suitably-placed to provide world market to the Central Asian natural resources. This apart, the country’s significance as a bridge between the Eurasian landmass and the Indian Ocean and its location in the midst of Central, South and West Asia attracted the attention of major powers for making military moves and maneuvers.

Nevertheless, terrorism and drug-trafficking became endemic irritants which allowed, facilitated and seemingly united the major powers’ operations but conflicting geopolitical objectives of these powers brought in fractures and protracted the Afghan conflict.

Afghanistan’s geo-strategic location as a Rimland country joining the Eurasian Heartland with the Indian Ocean has enhanced its importance in world politics. Nicholas J. Spykman modified Halford J. Mackinder’s Heartland theory and argued that the real potential of Eurasia lay in what Mackinder called the Inner or Marginal Crescent, not in the Heartland. He called this area of power potential Rimland and produced another formula: “who controls the Rimland rules Eurasia; who rules Eurasia controls the destinies of the world”.

Afghanistan contains passes like Khojak, Gomal and Khyber and corridor like Wakhon corridor, which link the Eurasian Heartland with Indus lowlands and thereby facilitate multidimensional strategies – both continental and naval. For the naval powers like the British Empire and later for the US, control over Afghanistan was vital to spread influence into the Heartland and develop continental strategy.

The opening of the sea lanes in the sixteenth and seventeenth centuries affected Afghanistan’s importance as a commercial crossroad. Still its importance as a land route remained and trade with Central Asia and Iran was carried through silk routes in parallel with the sea routes.

In a similar vein, Afghanistan remained a potential route for military invasion since the time of Alexander the Great who coveted Afghanistan as a stepping stone to conquests in India. Afghanistan, in the past, provided the only possible line of attack on India for the Czarist Russia. There were two routes that a Russian army might have followed. One would be from Tashkent and Samarakand through Balkh and Kulm to Kabul and on to India by the Khyber Pass or the Kuram route. The other would be by way of Baku and the Caspian to Merv down to Herat and on to Kandahar in Afghanistan.

In the modern times, Afghanistan has been considered important to maintain influence in the adjacent regions rather than as a route for military invasion.

All these facts make Afghanistan geopolitically important not only for the regional powers but also for the extra-regional powers like the British Empire in the nineteenth century and the US in the twentieth century. The geo-strategic location that Afghanistan enjoys is rarely found in world politics. This fact, rather being a boon for Afghanistan, has become a bane for it. It has become a victim in the old Great Game in the nineteenth century between the Russian and British Empires, in the Cold War period between the US and USSR and in the new Great Game going on in the twenty first century with multiple players.

Despite all the lures that the geo-strategic situation of Afghanistan offers, the internal geography of Afghanistan has been a hindrance for the major powers to realize their geopolitical objectives. Its spectacularly varied terrain, high mountains, broad rivers feeding fertile lands alternating with inhospitable deserts made travelling around this landscape difficult.

Post-9/11, the militaristic and unilateral policies of the US in Afghanistan failed to secure the desired outcomes and there was rising domestic pressure on the American government to withdraw from Afghanistan as it was draining out both human and material resources.

However, the US exit strategy did not bring expected results. The Taliban trod the peace talks while at the same time, resorted to violence in parts of the country to prove their mettle in defying US objectives. These oxymoronic activities are perhaps intended to force war-weary America to withdraw with a peace deal facilitating the Taliban’s control over Afghanistan.

The Trump administration in a bid to end the long-drawn Afghan war – quite in tune with his administration’s ‘America First’ doctrine, Russia to safeguard its Central Asian backyard and China to strengthen its Belt and Road Initiatives and specifically extend the China Pakistan Economic Corridor (CPEC) appeared inclined to work toward a peace deal between the Afghan government and the insurgents. However, the existing geopolitical cleavages drove them to have different equations with the Taliban as well as with the Afghan government – a fact which surfaced very often and hence contributed to a lack of a unified peace process.

The US, China and Russia and other regional powers perceived threats from different terror groups and therefore lacked a common threat perception and sought Pakistani cooperation to manage their national security concerns particularly for the twin reasons of Islamabad’s geographical contiguity with Afghanistan and its control over radical Islamic groups operating within and from Afghanistan and Pakistan.

As the American geopolitical objectives seemed to be farfetched with the gradual drop in its Afghan engagement, the US welcomed increasing Chinese economic activity and role in the reconciliation process. However, the US was unlikely to provide space for such a major Chinese economic activity without suspicions. The Americans were well aware of the fact that commercial endeavors such as ports, bridges and roads strengthen the military dimension of power of a country as well.

At the same time, the Americans had been suspicious of the claims that China was rising peacefully without significantly altering the present international order. On the other side, terror groups despite several debacles remain difficult nuts to be cracked as members of terror groups after defecting from one group get recruited by another group, learn from each others’ modus operandi, share arms and ammunition and raise their funds from coordinated illegal drugs and arms trade. Lawlessness in many parts of the country also creates a void which keeps allowing the non-state entities to regroup and bounce back.

Pakistan despite its lingering financial crisis and international scrutiny of its terror financing activities still has a greater leeway in influencing the evolving Afghan political scenario. It is believed that the country enjoys strong influence over certain sections of the Taliban group such as the Haqqani network and many Pakistani militant groups are also active in Afghanistan.

For instance, a US report, in the recent past, confirmed that at least 300 fighters from Pakistan-based Lashkar-e-Taiba (LeT) –a group which usually operates across the eastern border areas of Pakistan are active in the country.

It has come as good news that the Afghan peace process which was cancelled by US President Donald Trump in an unanticipated tweet three months before has been resumed in Qatar. However, the peace process is likely to be a difficult exercise as it has been. Violence in Afghanistan continues unabated as the US military in its daily report recently stated that US air attacks killed 37 members of the Afghan Taliban and operations by the Afghan National Security Forces killed 22 other rebels.

Amid the reports that ISKP- an ISIS affiliate in Afghanistan has been weakened, speculations are thriving suggesting the group would bounce back. There are also reports of American drones failing to target the insurgents and resulting in killing of civilians.

Further, results are pending concerning Presidential polls conducted on September 28. The democratic fabrics of the country are ripped apart by oft-repeated accusations of misconduct and corruption.

In one of its reports on Afghanistan, the independent and bipartisan Congressional Research Service (CRS) underlined the fear psychosis that Pakistan has been undergoing in relation to Afghanistan’s political dynamics. It pointed to Pakistan’s lingering fear of encirclement from India’s larger diplomatic and commercial footprint in the war-ravaged country. The CRS reported: “Pakistan’s security establishment, fearful of a strategic encirclement by India, apparently continues to view the Afghan Taliban as a relatively friendly and reliable anti-India element in Afghanistan.”

Even while India has shunned any proposal to step up military activities in Afghanistan, Pakistan’s apprehension over any non-military engagement of India presents a difficult scenario for the Afghan peace process. Afghan scenario still looks gloomy and fragile indicating any expectations of immediate gains from the Afghan peace process are more like fanciful wishes.

Dr. Manoj Kumar Mishra has a PhD in International Relations from the Department of Political Science, University of Hyderabad. He is currently working as a Lecturer in Political Science, S.V.M. Autonomous College, Odisha, India. Previously, he worked as the Programme Coordinator, School of International Studies, Ravenshaw University, Odisha, India. He taught Theories of International Relations and India’s Foreign Policy to MA and M.Phil. students.