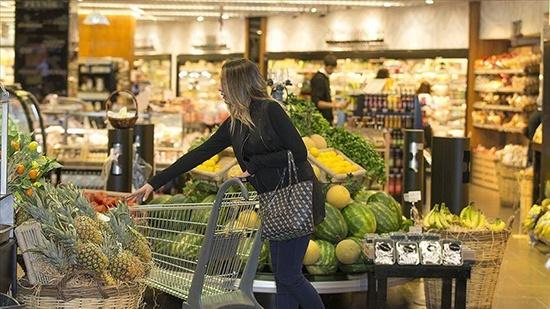 (Reuters) – U.S. consumers’ inflation expectations rose slightly in November, bringing the outlook for near and medium-term inflation up from a five-year low in a New York Federal Reserve survey, potentially offering relief to policymakers worried about sagging inflation.

Fed officials lowered interest rates three times this year in an effort to immunize the U.S. economy from the potential risks posed by a global slowdown, a prolonged trade war with China and a slump in business investment. Since the last rate reduction, several policymakers have emphasized the risks of inflation being too low, and signaled an openness to letting inflation run above 2% to meet the Fed’s symmetric inflation target.

Policymakers have repeatedly suggested that rates, which are now at a target range of 1.5% to 1.75%, are likely to remain on hold for the time being, unless there is a strong deterioration in the economic outlook.

The likelihood that Fed officials will hold still at this week’s policy meeting rose after last week’s blockbuster jobs report. The U.S. economy added a greater than expected 266,000 jobs in November, bringing the unemployment rate down to a 50-year low.

Consumers are also optimistic about the labor market and their job prospects, according to the New York Fed survey. Workers’ perceived risk of losing a job in the next 12 months dropped to an average of 14.4% in November, from 14.8% in October. The average chance of finding work after a job loss also rose slightly to 59.3% in November from 58.8% the month before.

Workers feel more confident in their ability to afford their bills, the survey found. The average chance of missing a minimum debt payment over the next three months fell to 11.3% in November from 11.6% the month before.

Expectations for household income growth rose to 2.9% in November from 2.8% in October.