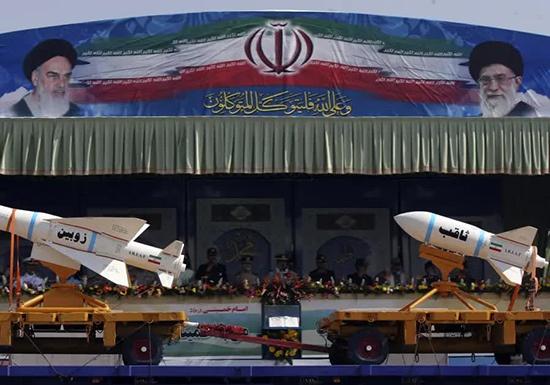 The United States on Wednesday imposed new sanctions on Iran’s biggest airline and its shipping network, accusing them of transporting lethal aid and weapons of mass destruction proliferation.

The United States on Wednesday imposed new sanctions on Iran’s biggest airline and its shipping network, accusing them of transporting lethal aid and weapons of mass destruction proliferation.

The new sanctions come just days after a weekend prisoner swap between the historic foes, a rare act of cooperation since tensions escalated after US President Donald Trump withdrew from the 2015 Iran nuclear accord.

The US State Department targeted Shanghai-based ESAIL Shipping Company, which US Secretary of State Mike Pompeo said “knowingly transports illicit materials from Iran’s Aerospace Industries Organization, which oversees all of Iran’s missile industry” and has worked with Iranian organizations subject to UN sanctions.

The sanctions on ESAIL and additional sanctions on Islamic Republic of Iran Shipping Lines will take effect in June 2020.

Also blacklisted was an Iranian shipping network allegedly involved in smuggling lethal aid from Iran to Yemen on behalf of the Islamic Revolutionary Guards Corps (IRGC) and its elite foreign paramilitary and espionage arm, the Quds Force.

New sanctions were also imposed on Mahan Air and three of its general sales agents by the State Department and the U.S. Treasury Department over its alleged role in weapons of mass destruction proliferation, expanding on counterterrorism sanctions imposed in 2011 over support it provided to the IRGC forces, Pompeo said.

“These programs involved the siphoning of funds away from the oppressed Iranian people, and they augment the regime’s campaign of terror and intimidation at home and throughout the world,” Pompeo said.

“These sanctions are directly targeting ordinary Iranians’ livelihood, but they will not be cowed by pressures by any foreign power,” Miryousefi said.

Despite the latest round of sanctions, Pompeo said he hoped that the prisoner exchange on Saturday might lead to the release of other Americans held in Iran, though he cautioned against false optimism.

“I do hope that the exchange that took place will lead to a broader discussion on consular affairs. We still have Americans held in Iran, too many for sure. We are working to try and develop that, to expand that, to use this as an opportunity to continue that effort,” he said.